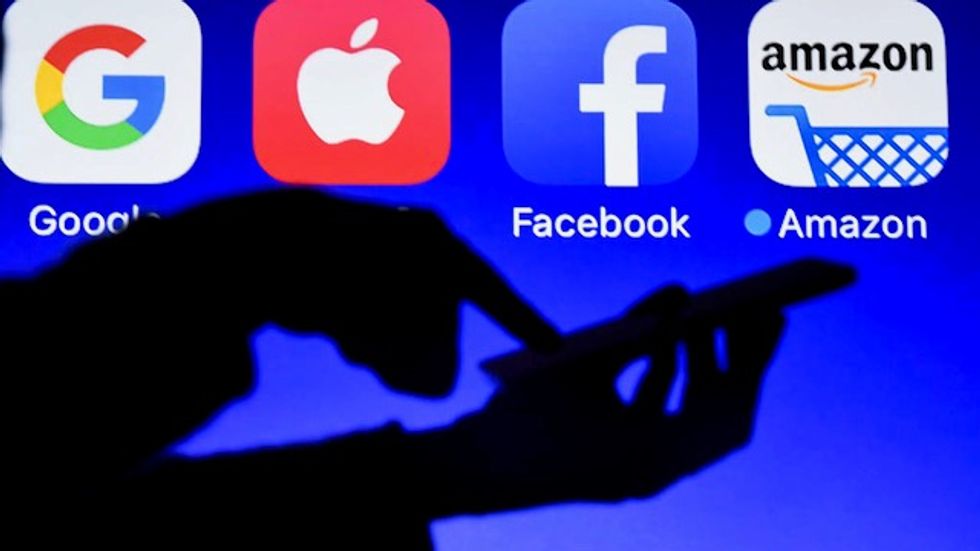 A war between the internet giants started over the latest version of the iOS operating software powering Apple's mobile devices that comes with a tracking transparency feature which Facebook contends will cripple the ability to serve up targeted ads.

"This is about control of the entire internet and how they attempt to control personalized advertising," Facebook vice president of business products Dan Levy said in a conference call.

Apple declined to comment on the Facebook onslaught, which included newspaper ads and the launch of a "Speak up for small businesses" web page.

"It's already clear that some companies are going to do everything they can to stop the App Tracking Transparency feature I described earlier -- or any innovation like it -- and to maintain their unfettered access to people's data," Federighi said at the conference.

"We need the world to see those arguments for what they are: a brazen attempt to maintain the privacy-invasive status quo."

After the change coming in iOS 14 was revealed earlier this year, Facebook said the update will slash revenue for developers relying on its in-app ad network.

"With iOS 14, iPadOS 14, and tvOS 14, you will need to receive the user's permission through the AppTrackingTransparency framework to track them or access their device's advertising identifier," Apple said in an online post aimed at developers.

Such data is relied on for targeting ads in ways that make them more relevant and likely to make money, according to Facebook.

Tests found that revenue from the Audience Network platform that lets Facebook's system work behind the scenes to target ads in apps fell by more than half when personalization was thwarted, an online post by the social network explained.