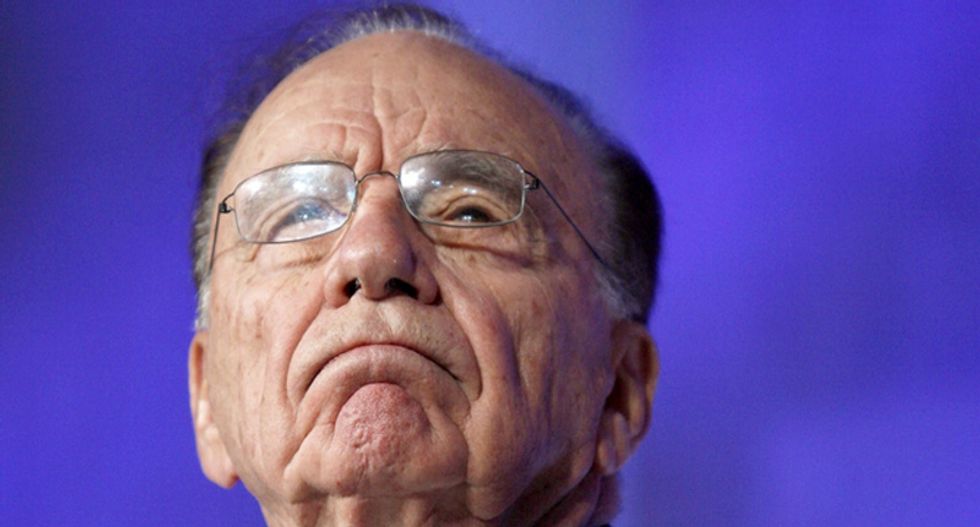 The billionaire owner of Fox News and the New York Post tabloid was blasted on MSNBC as "one of the most destructive people on the planet."

"For the past nine months or so, Rupert Murdock-owned media entities have by and large waged a war against public health and the scientific consensus on containing the coronavirus," MSNBC anchor Chris Hayes reported.

"On Fox News and elsewhere, they've been playing down the virus and peddling just outright lies and pushing junk science and elevating cranks," he noted. "All of which has tangibly, materially contributed to behavior that has made the pandemic worse."

"And what makes it all the more infuriating -- as we have noted -- while Fox hosts have been dismissing the experts and suggesting lockdowns don't work and ridiculing people that avoid the office and follow public health guidelines, many Fox News employees have been working remotely at the same time," he continued.

Hayes noted that billionaire owner Rupert Murdoch was vaccinated on Friday -- one day after Tucker Carlson questioned the vaccines on-air.

And then he went after the New York Post.