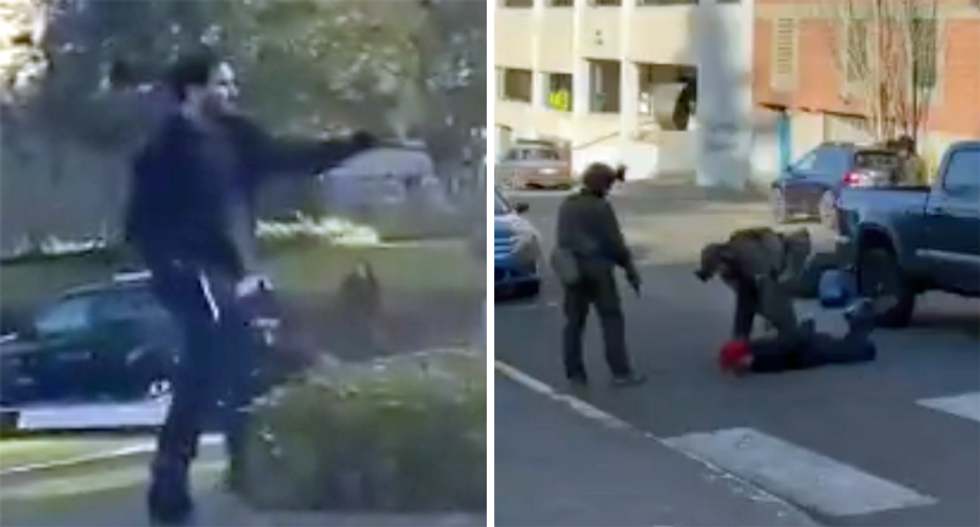 Police in Olympia, WA declared a riot on Saturday after Trump supporters seeking to overturn the 2020 election clashed with pro-democracy activists.

"In videos of a clash in Olympia that were posted on social media, a single gunshot can be heard as black-clad counterprotesters move toward members of the pro-Trump group, including one person waving a large Trump flag. After the gunshot, one of the counterprotesters is seen falling to the ground, and others call for help. In one video, a man with a gun can be seen running from the scene and putting on a red hat," The New York Times reported Saturday. "Chris Loftis, a spokesman for the Washington State Patrol, said that one person was in custody in connection with the episode but that specific details about the shooting were not yet clear, including the condition of the person who was shot."