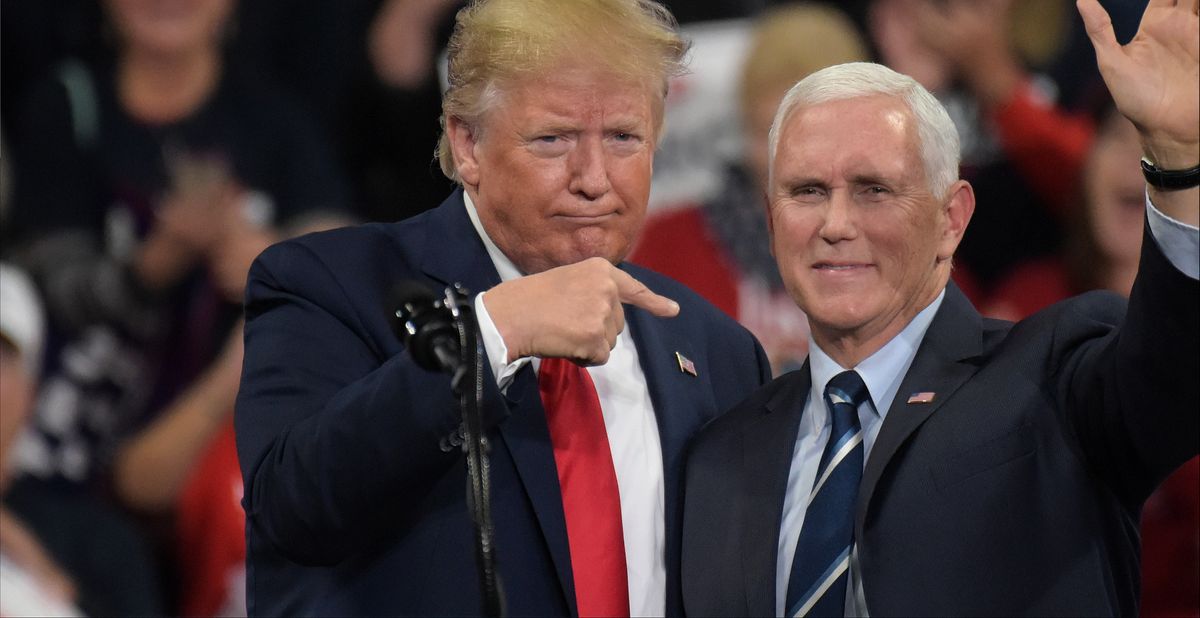 Calls continued to grow on Thursday for Republicans to invoke the 25th Amendment to remove Trump from office and install Mike Pence as acting president until Joe Biden is sworn-in on January, 20th.

"Ever since Donald Trump lost his bid for reelection, Americans have wondered to what depths he would sink in his efforts to overturn the results and cling to power," USA TODAY noted in a new editorial. "On Wednesday, they got their answer: The president of the United States incited a mob of supporters and sicced them on the Capitol, just as Congress was about to count the states' electoral votes and affirm Joe Biden's victory. In the ensuing chaos, the hallowed chambers were desecrated, the ceremonial process was disrupted, one woman was fatally shot and three others died."

"By egging on this deadly insurrection and hailing the rioters ('We love you, you're very special.'), the president forfeited his moral authority to hold the nation's highest office, even for 13 more days. More urgent, he reinforced profound questions, and raised new ones, about his judgment and ability to fulfill his most minimal responsibilities to the country he is supposed to lead and protect. Trump's continuance in office poses unacceptable risks to America," the newspaper explained. "Foreign adversaries sense disarray and weakness. People close to Trump say his mental state is fragile. Even though he committed early Thursday to an orderly transfer of power, who knows what pardons he might grant, what orders he might issue as commander in chief and what other desperate measures he might take before Jan. 20?"

The newspaper said resignation would "the preferable means for Trump to depart" -- but did not expect it to happen.

"That leaves the 25th Amendment, which sets out procedures for replacing an unfit president," the newspaper noted. "Invoking the 25th, a step urged Thursday by House Speaker Nancy Pelosi and others, is neither easy nor ideal. It requires the vice president and a majority of the Cabinet to certify that the president is unable to discharge his duties. If that happened, Trump would immediately be stripped of his powers and Vice President Mike Pence would become the acting president."

"Now is the time for the vice president and members of the Cabinet to prove they are patriots," the newspaper concluded.

By egging on the deadly insurrection and hailing the rioters, President Trump has forfeited his moral authority to… https://t.co/rpyGpwJ4cM
— USA TODAY (@USA TODAY)1610060893.0