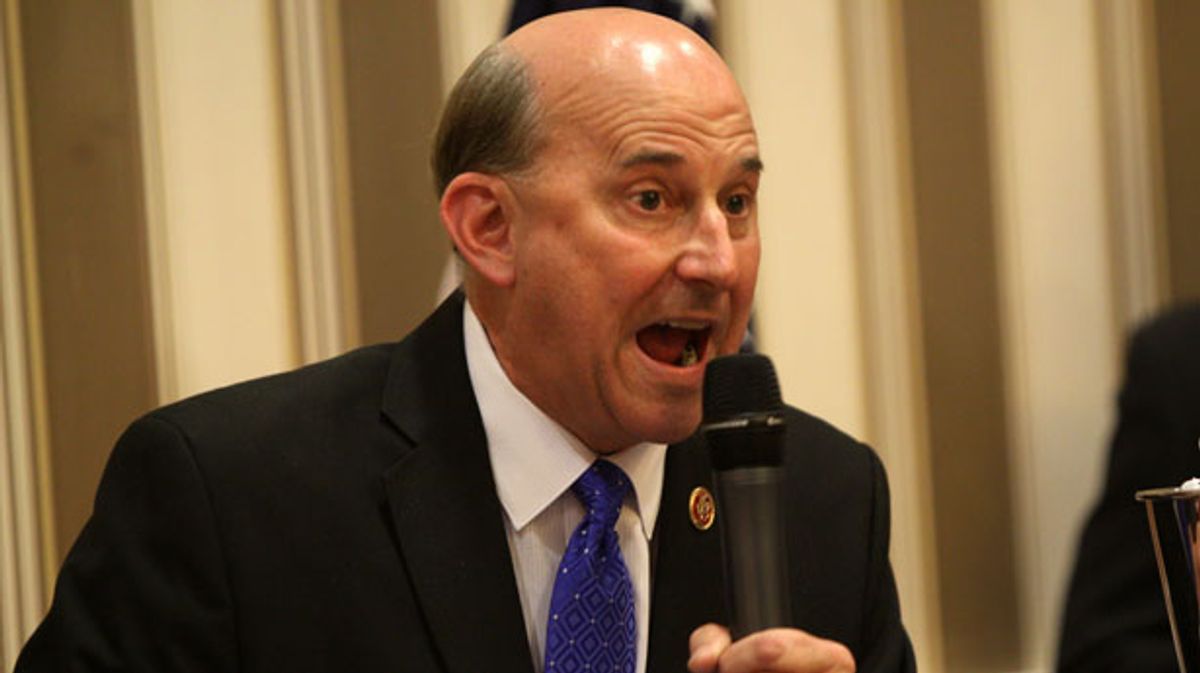 Something strange happened in Congress last night that may tag three Republican members with an ethics violation.

The House held an overnight session so that they could avoid the U.S. Capitol amid the fears of another attack on the building from militia members and conspiracy theorists.

Punchbowl News' John Bresnahn explained that during a vote for HR 1280: The George Floyd Justice in Policing Act of 2021, Rep. Lance Gooden (R-TX) cast a vote for the bill. His Republican colleagues freaked out, saying that it needed to be changed. Three of them protested, attempting to change the vote in with the Tally Clerk.

When members vote they have a card they can insert into voting stations and cast their vote. If they want to change their vote they can do so at any time, but if they want to change the vote in the last five minutes of the count, they have to go to the Tally Clerk and take a "red card," sign it, and hand it to the Clerk. At no point did Gooden use the red card option, but three other Republicans attempted to, signing Gooden's name to it.

According to Bresnahn, "The cards were rejected by House clerks. A possible ethics violation by [Reps.]Louie Gohmert (R-TX), Randy Weber (R-TX) and Kelly Armstrong (R-ND)."

Reporter Jamie Dupree went back to CSPAN to look at the tape seeing a man in a blue suit racing down the center aisle of Congress.

"That person keeps running past the dais, but reaches out with his right hand and leaves a Red voting card for the clerk," said Dupree. "That person continues running past the dais - a very unusual way to vote - and heads toward the Speaker's Lobby door upper left in the photo. The voting clerk picks up the Red card - you can clearly see it in his hand - as the person who left it exits the chamber upper left."

"After conferring with others on the dais, the vote is not counted (Red card still visible in the clerk's hand, and one floor staffer goes out in the Speaker's Lobby to look for the person who dropped off the card," said Dupree. "Why is this of note? Lawmakers cannot cast a vote in the House for another member like that. It would be the House version of vote fraud."

There are rules for members voting by proxy during the pandemic, but the proxy has to be noted by the member ahead of time.