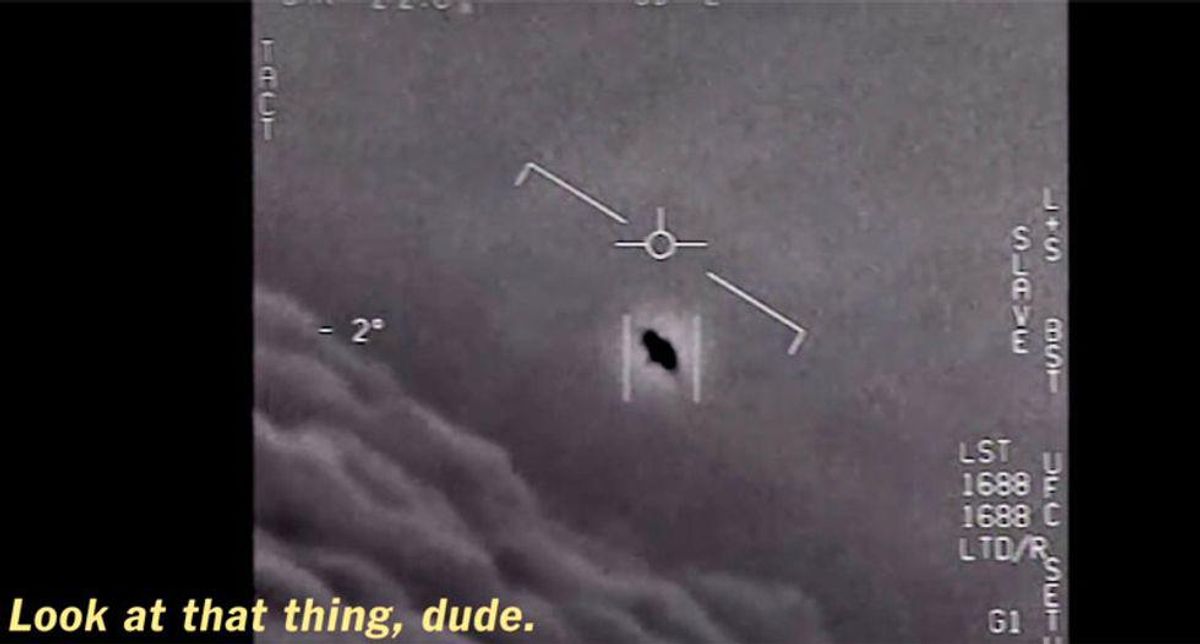 In a report from "60 Minutes," former military pilots explained some of the UFO or UAP (Unidentified Aerial Phenomena) sightings have been seen or followed for a very long time.

He explained that the unidentified objects could easily be U.S. technology still in development, secret spy technology from another country, or "something otherworldly." He noted that his biggest concern is that it's a national security issue because it could be Russian or Chinese. He noted that if they were tactical jets, the military would take it seriously. But as a UFO or UAP, they're unwilling to investigate.

"Because it looks slightly different, we're not willing to actually look at the problem in the face, we're happy to just ignore the fact that these are out there watching us every day," said Graves.

In a 2004 incident, radio, photos and two Naval Aviators saw a UAP that led them to believe it was something otherworldly.

"Your mind tries to make sense of it, like maybe it's a helicopter or a drone," said Alex Detrich, who was training about 100 miles off the coast of San Diego. A nearby ship, the USS Princeton, detected something they couldn't quite figure out and sent Detrich and "Top Gun" flight school grad and commanding officer David Fravor to look at the object. They were joined by their backseat weapons system officer.

The object descended 80,000 feet in less than a second, they explained. They saw a bubbling of white water about the size of a 737 in an otherwise smooth sea.

"So, we're looking at this," Fravor says, laughing uncomfortably. "And about that time, her back-seater says, 'Hey, Skipper, do you...?' And about the time that got out, I said, 'Do you see that down there?' And we saw this little white tic-tac object and it's moving right above the white water area."

Fravor got closer and Detrich circled. It then began mimicking their moves, circling with them. The object then disappeared, taking off in another direction. Seconds later it was seen again near the ship, 60 miles away, captured on camera and radar again.

They both agreed that if they'd seen it "solo" they'd be afraid to report it because it would sound so crazy.

"There's definitely something, I don't know who's building it, who's got the technology or whose got the brains but it's out there," said Fravor.

Next month, the Senate is supposed to release the UAP report, but Sen. Marco Rubio (R-FL) said that it could miss the June 1 deadline.

While speaking to Lou Dobbs on Fox Business during his presidency, Donald Trump promised that he would release all of the information available about UFOs. He never did.

See the shocking report below: