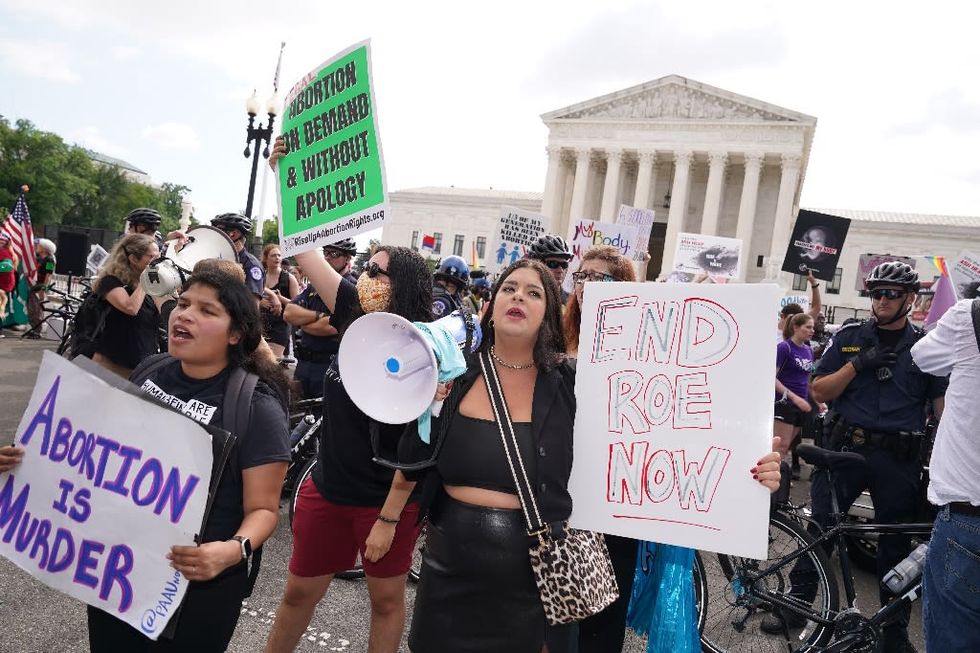 Anti-abortion demonstrators gather outside the US Supreme Court

The US Supreme Court's overturning of America's constitutional right to abortion gives all 50 states the freedom to ban the procedure, with nearly half expected to do so in some form.

Thirteen states, mostly in the conservative and religious south of the country, have in recent years adopted so-called "trigger" laws to come into force virtually automatically after the decision was handed down.

And as of Friday evening, at least seven states had banned the procedure: Alabama, Arkansas, Kentucky, Louisiana, Missouri, Oklahoma, and South Dakota.

Other states, such as Mississippi, require the attorney general to first confirm that the court has changed the legal framework.

Texas and Tennessee have set a period of 30 days between the release of the judgment and a new ban coming into force.

The states differ in how they ban abortions. Idaho provides exceptions for rape or incest but Kentucky only does so if the pregnant woman's life is in danger.

Laws in Louisiana could see health professionals jailed for up to ten years for carrying out abortions. In Missouri, it's 15 years.

Iowa, Georgia, Ohio and South Carolina are among states that have passed laws restricting abortion after six weeks of pregnancy, before many women even know they are expecting.

The laws have been blocked in the courts, but a federal judge in Ohio gaveled it into law Friday. Similarly, other laws could also take effect soon.

Ten states, including Arizona and Michigan, have pre-1973 laws banning abortion on the books that they could theoretically revive, though their path forward is uncertain.

In Wisconsin -- where the Democratic governor supports abortion rights, but the majority Republican lawmakers do not -- Planned Parenthood has said it does not plan to carry out abortions from the end of June, citing a legal risk.

In Michigan, Democratic Attorney General Dana Nessel has added to the confusion by promising not to prosecute people who violate its 1931 law banning abortion.

But local prosecutors will still be able to do so, and the state risks becoming a complex patchwork of laws.

In Arizona, Republican Governor Doug Ducey believes that a law passed this year to ban abortions after 15 weeks of pregnancy will override previous rules.

Senators in his party do not see it that way and Ducey is expected to go to court to get clarity.

According to the Guttmacher Institute, four states have signaled that they are unfavorable to abortion but do not currently have laws prohibiting it.

Lawmakers in Nebraska and Indiana have failed to pass abortion bans. Officials in Montana and Florida have reduced deadlines for terminating a pregnancy, but supreme courts in those states have protected the right to abortion.

Twenty-two states -- mostly in the northeast and on the West Coast -- will retain the right to abortion and are preparing for an influx of women seeking abortions.

Connecticut and Delaware, for example, have expanded the categories of professionals who are authorized to carry out abortions to include nurses and midwives.

Lawmakers in California have allocated $152 million to assist access to abortion and the governor of New York has pledged $35 million.