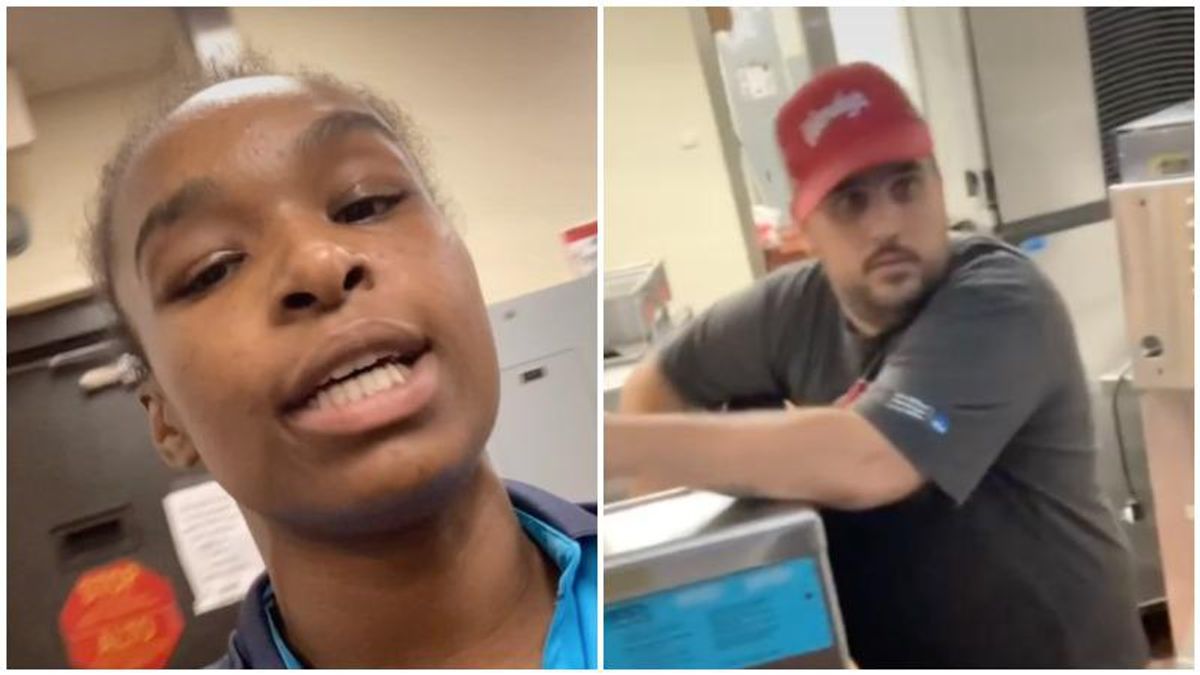 "Guess what, Mike? That's the end of the road," Cargill says to the manager.

"You're f*cking lazy," Mike continues. "You're supposed to help staff not delegate." The video ends with Cargill and Mike arguing about cleaning the frosty machine as he calls her a "f*cking communist little f*cking b*tch."