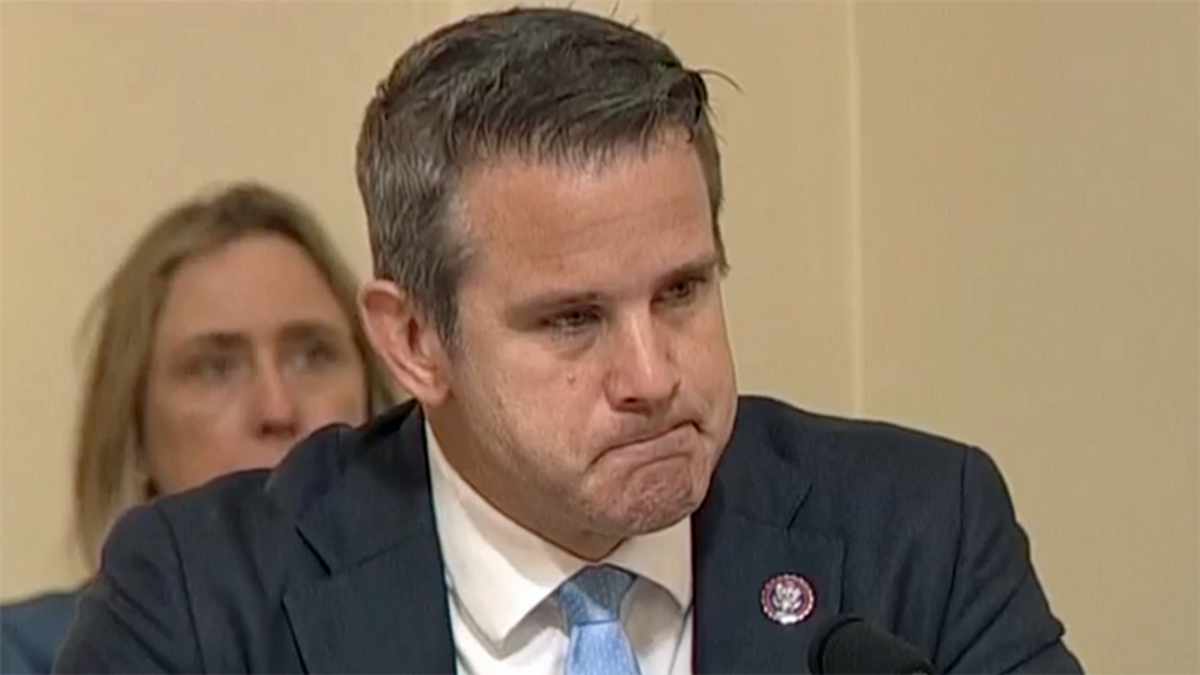 Rep. Adam Kinzinger (R-IL), one of the two GOP members of the House Select Committee to Investigate the January 6th Attack on the United States Capitol, choked up during his opening statement on Tuesday.

"I never expected today to be as quite as emotional for me as it has been. I've talked to a number of you and have gotten to know you, I think it's important to tell you right now, though, you guys may, like, individually feel a little broken. You guys all talk about the effects you have to deal with, and you talk about the impact of that day. But you guys won," he said, holding back tears.

"You guys held," he continued. "You know, democracies are not defined by our bad days. We're defined by how we come back from bad days, how we take accountability for that. For all the overheated rhetoric surrounding this committee, our mission is very simple: it's to find the truth and it's to ensure accountability."

"Like most Americans, I'm frustrated that six months after a deadly insurrection breached the United States Capitol for several hours on live television, we still don't know exactly what happened. Why? Because many in my party have treated this as just another partisan fight," he explained. "It's toxic and it's a disservice to the officers and their families, to the staff and employees on the Capitol Complex to the American people that deserve the truth. Self-governance is at stake, that's why I agreed to serve on this committee."

"I want to know what happened that day, and more importantly, I want all Americans to be able to trust the work this committee does and get the facts out there free of conspiracy. I am a republican, I'm a conservative, but in order to heal from the damage caused that day, we need to call out the facts. It's time to stop the violence, and most importantly we need to reject those that promote it," Kinzinger said.