Adam Kinzinger is loving getting censured by his own GOP: 'Thanks for playing' 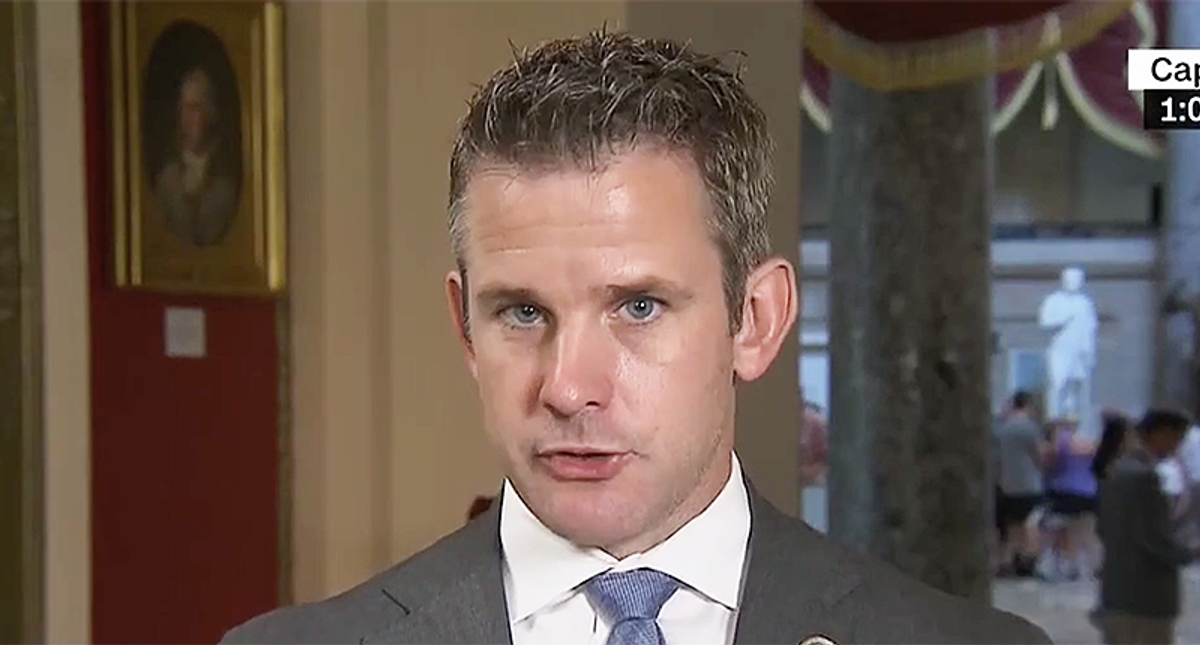 It wasn't exactly what the Illinois Republicans had in mind, but Illinois Congressman Adam Kinzinger is over the moon about getting censured by county party affiliates over his vote to impeach Donald Trump.

Kinzinger, the most vocally anti-Trump Republican in Congress, is making the most of the publicity that the insurrectionist wing of his party is heaping upon him. In recent days he has embraced censure votes from the official GOP groups in Will and Madison counties in Illinois.

Rather than cower or try to minimize the criticism, Kinzinger is having a great time with it. Embracing the hashtag #CensureFrenzy, Kinzinger's first Twitter response was to throw President Joe Biden's victory totals back into the faces of his critics. Here's his response to the most recent censure, from Will County:

"The problem with your #censurefrenzy and your 76 million-vote figure is that 82 million voted differently and we live in a country that respects that. Thanks for playing though!"

Then there was his answer to the censure from Madison County: "Given that I don't represent any area within hours of here, I have concluded that the Madison GOP feels sad they haven't been able to join the #censurefrenzy of everyone in the world."

It's not much of a social media contest. Kinzinger's post has received 25,600 likes and 2,700 retweets and counting. Neither of the county parties appear even to have Twitter accounts. The Facebook link on the Will County GOP website is dead and the small Facebook page of the Madison County GOP, which is active, forgot to mention to the censure resolution.

The Will County resolution did get covered in the Joliet, Il Patch. It accused him of having turned on Trump when he didn't get named Secretary of the Air Force, adding "The last straw was Kinzinger's unconstitutional impeachment support against Donald Trump that quickly escalated to attacks on other duly elected Republicans in the Senate and Trump supporters."

That, of course, paled next to the handwritten, two-page letter from 11 of Kinzinger's relatives accusing him of being in cahoots with "the devil's army" with his impeachment vote. For his part, Kinzinger is enjoying the opportunity to call out the Republican's cancel culture reflected in censure resolutions.