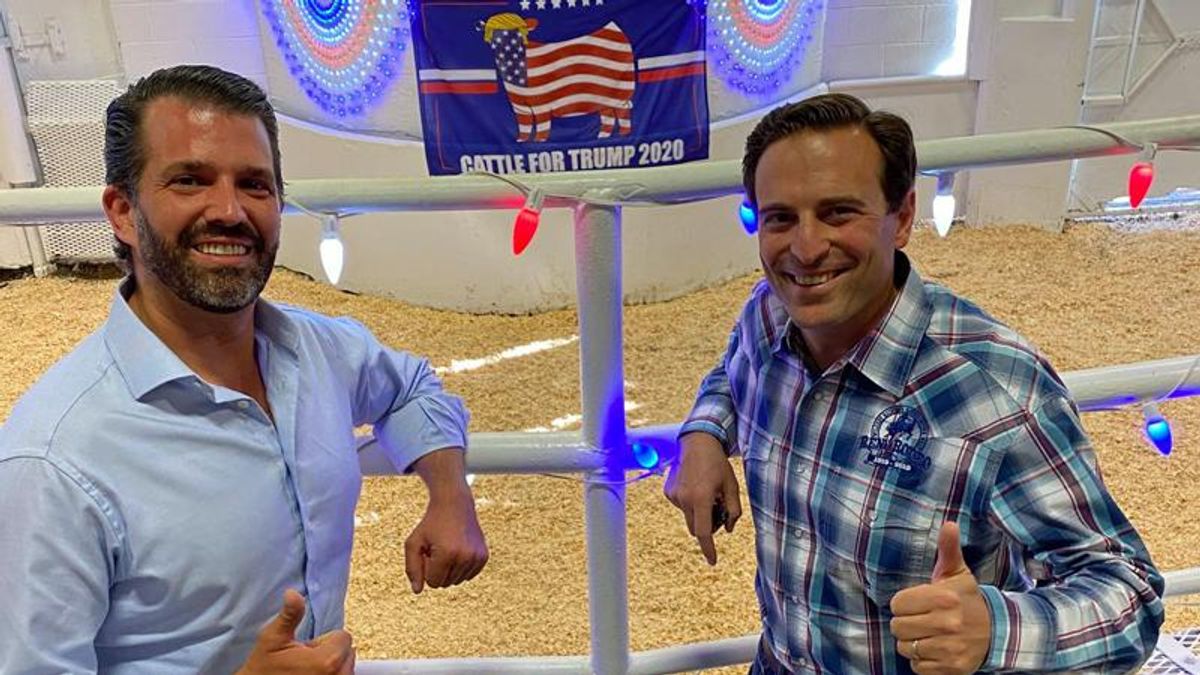 Republicans in Nevada are "worried" that right-wing media will sink the Senate campaign of Adam Laxalt, who is likely to be the GOP nominee after being endorsed by Donald Trump.

In 2013 former Sen. Pete Domenici (R-NM) admitted he fathered a child out of wedlock with Michelle Laxalt, the daughter of Republican Paul Laxalt, who served as governor and a U.S. senator in Nevada. In 2014, the child, Adam Laxalt, was elected attorney general of Nevada.

Laxalt ran for governor in 2018, but lost and proceeded to join Trump in lying about voter fraud.

When Trump endorsed Laxalt's Senate bid in August, he falsely claimed Laxalt "fought valiantly against the Election Fraud, which took place in Nevada."

Laxalt's lies about election fraud could haunt him in his 2022 Senate campaign, veteran Nevada reporter Jon Ralston reported on Wednesday.

Ralston noted how mainstream press in Nevada were covering Laxalt's promise to pre-emptively sue in the 2022 election. Ralston described it as Laxalt's "latest gaffe."

Ralston said Laxalt was repeating the mistakes made by Tea Party candidate Sharron Angle, who lost a 2010 Senate campaign in Nevada to Democrat Harry Reid.

"This is what happened to Sharron Angle in 2010 -- this is the correct analogy, folks: She went on with friendly interviewers, got comfy and said damaging things," Ralston explained.

"Laxalt will only do Newsmax, OAN, Joecks TV and will keep making mistakes. That's why GOPers here are worried," he reported.

Here is the full thread Ralston posted to Twitter: