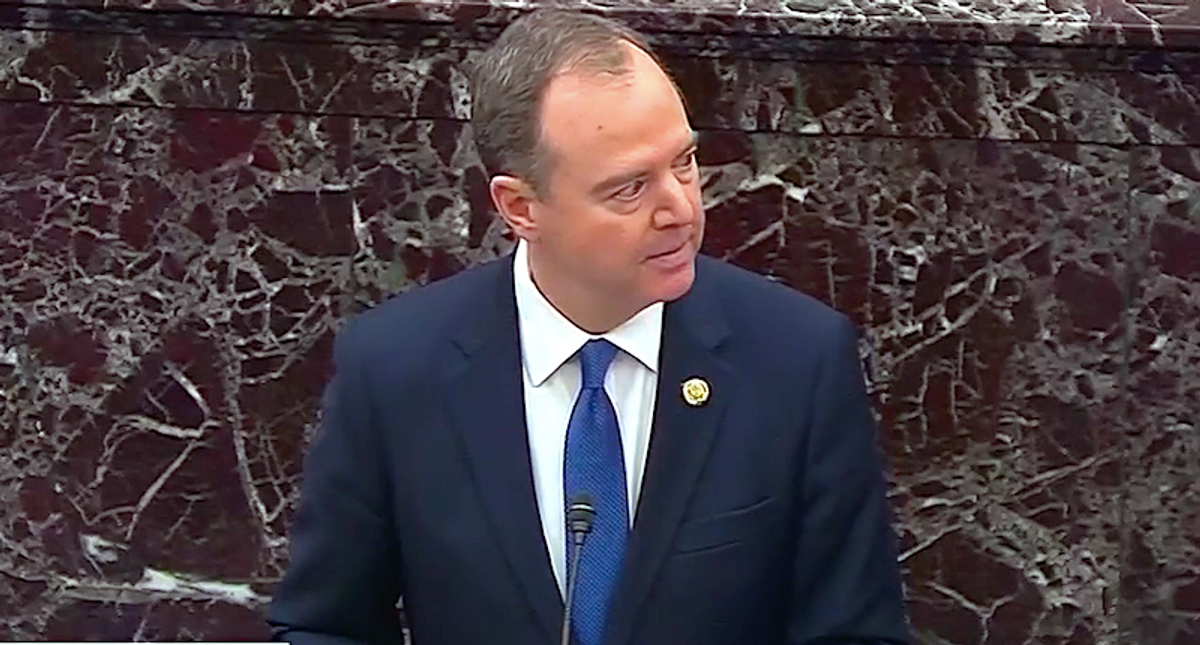 One of the most recently revealed instances, Schiff noted, is the attacks on himself, as Trump's DOJ enlisted Apple to surveil him and his family. "Over his four years in office, Trump baselessly accused me of treason, of leaking classified information, of engaging in unspecified corruption and other offenses. He said I should be investigated and prosecuted, and that someone needed to 'do something' about me," wrote Schiff. "Last month, I learned that Apple had been served a subpoena by the Justice Department in 2018 seeking records from more than a dozen accounts belonging to two members of Congress, committee staff and even family members — one of whom was a minor."

All of this requires new rules established at the DOJ, wrote Schiff — but, he continued, other branches of government also have to do their part. The House is already moving to investigate, but Schiff argued legislation is needed too.

"Congress has an important job to do here, too," wrote Schiff. "We must conduct our own vigorous oversight, into former top officials' knowledge or participation in these abuses of power and any other politically motivated decisions made by the department. And at a minimum, we must urgently pass reforms to prevent the abuse of powers we saw under Trump from ever happening again. The Protecting Our Democracy Act, a package of reforms designed by House Democrats that I introduced last year, contains new safeguards designed to strengthen the department's independence from the White House and improve other vital checks on executive power."

"The credibility of our justice system — and the very health of our democracy itself — is dependent on the steps we take now to ensure that the Justice Department represents the interests of the people and not the whims of any particular president," concluded Schiff.