Trump's legal advisers warn him not to pardon himself: report 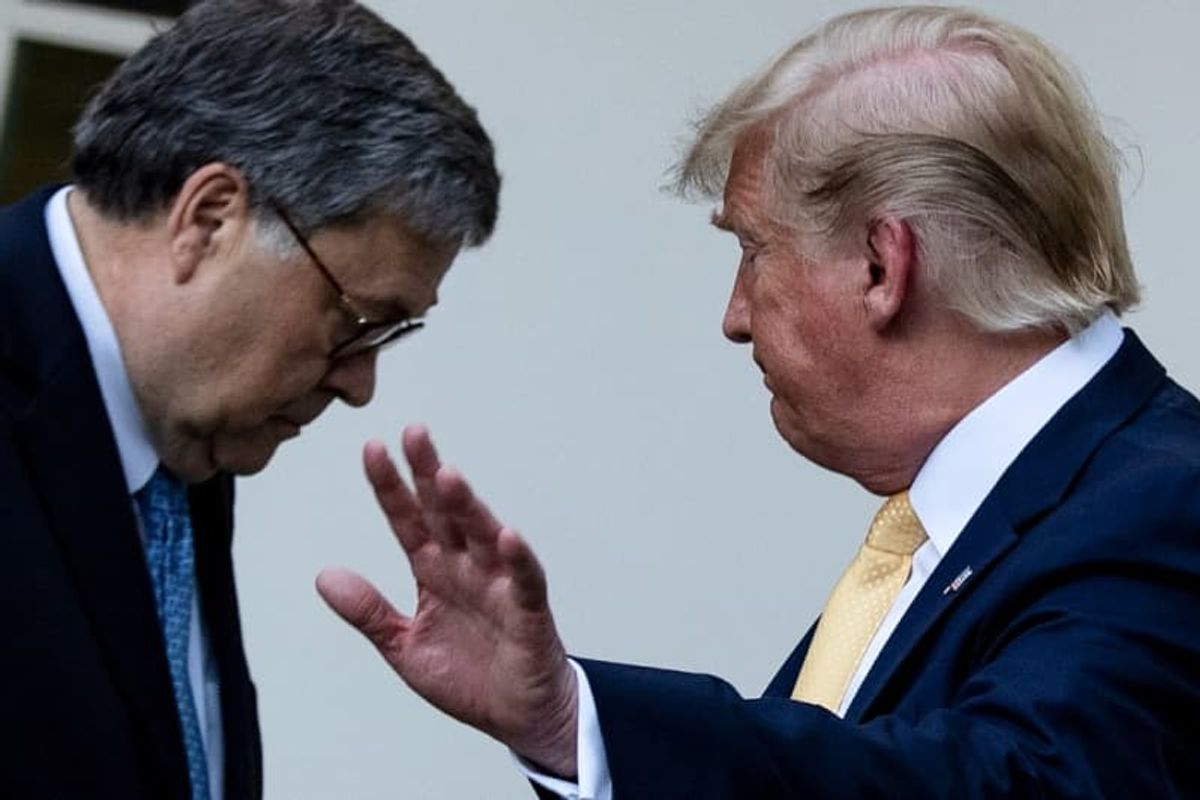 Last week, The New York Times reported that Trump has been telling White House aides in the past several weeks that he wants to grant himself a pardon on his last day in office.

"The discussions between Mr. Trump and his aides about a self-pardon came before his pressure over the weekend on Georgia officials to help him try to overturn the election results or his incitement of the riots at the Capitol," said the report. "Trump allies believe that both episodes increased Mr. Trump's criminal exposure."

Prokupecz cited "multiple sources familiar with the matter" who said that Barr conveyed his position to Trump before he resigned.

No president in history has attempted a self-pardon, but few officials would need to. In the case of former President Richard Nixon, he agreed to step down and was pardoned by Vice President Gerald Ford after the fact.

"Cipollone warned Mr. Trump that he could face legal exposure for the riot given that he had urged his supporters to march to the Capitol and 'fight' beforehand," the Times noted.

A self-pardon would likely become the target of further investigations and wouldn't hold up in court. The presidential pardon was never meant to ensure that the president was above the law.

In a column for the Washington Post over the weekend, former FBI agent Asha Rangappa said that if Trump pardons himself, he'll be "walking into a trap."

"He already faces criminal jeopardy on multiple fronts: The U.S. attorney for the Southern District of New York is in possession of evidence of a potential campaign finance violation that Trump may have committed before he became president," she wrote. "Special counsel Robert S. Mueller III compiled evidence of multiple instances of obstruction of justice, outlined in his 2019 report. And Trump's call last weekend to Georgia Secretary of State Brad Raffensperger provides at least a basis to investigate possible violations of federal law against election fraud."

The incoming attorney general, Judge Merrick Garland, may have a different approach to prosecutions of Trump and his allies.