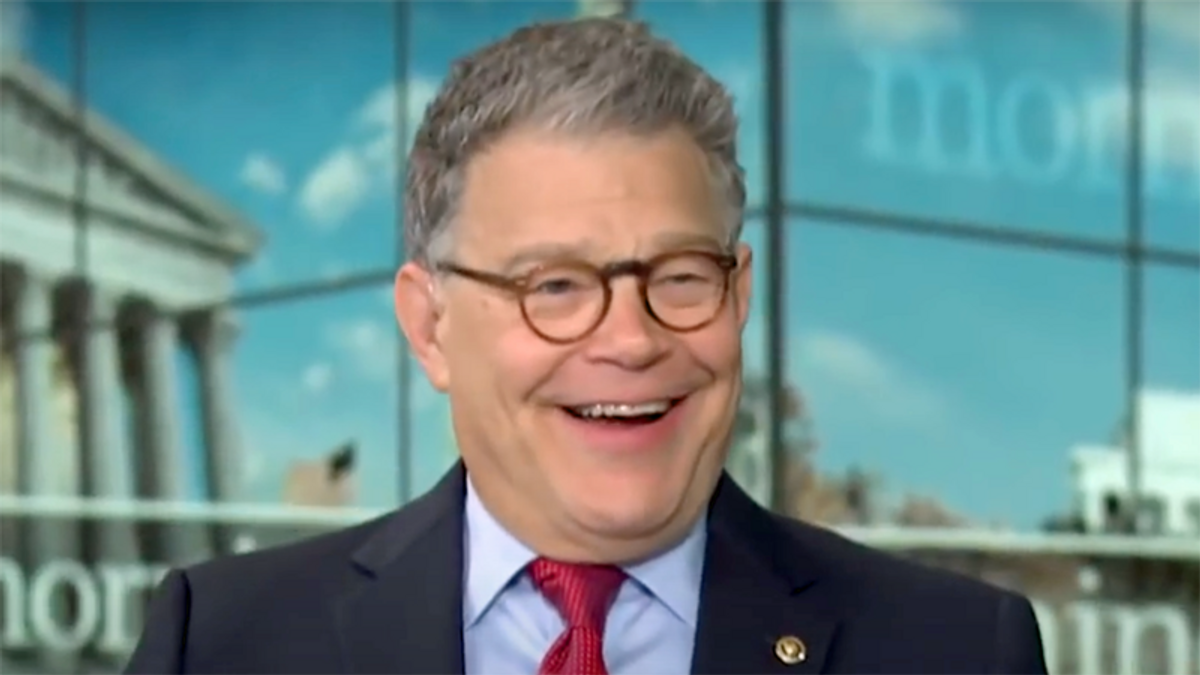 On Tuesday, Franken drew upon his comedic skills as he impersonated Sen. Minority Leader Mitch McConnell (R-KY) during an interview with MSNBC's Joy Reid.

Reid asked Franken to make sense of McConnell's position on the January 6th insurrection by supporters of Donald Trump seeking to overturn the results of the 2020 election.

"Well, I served with Mitch for about nine years and I didn't talk to him a lot, but he had a very good speechwriter," Franken said. "And so, when I would talk to him, it would be after he gave a really good speech on like a commemoration of 9/11 or at a spouse dinner or something."

"And I remember once going up saying 'I really liked your speech last night,'" Franken explained, impersonating McConnell's response.

Franken said, 'I just took a chance and said, 'You know, I really like your speeches better that aren't in the service of evil.' And he said 'I like the evil ones better.'"

"And I thought, 'Gosh, he's got a good sense of humor.' I didn't realize that, no, he meant that. He's a pretty cynical guy," Franken explained. "I mean, that's who he is."