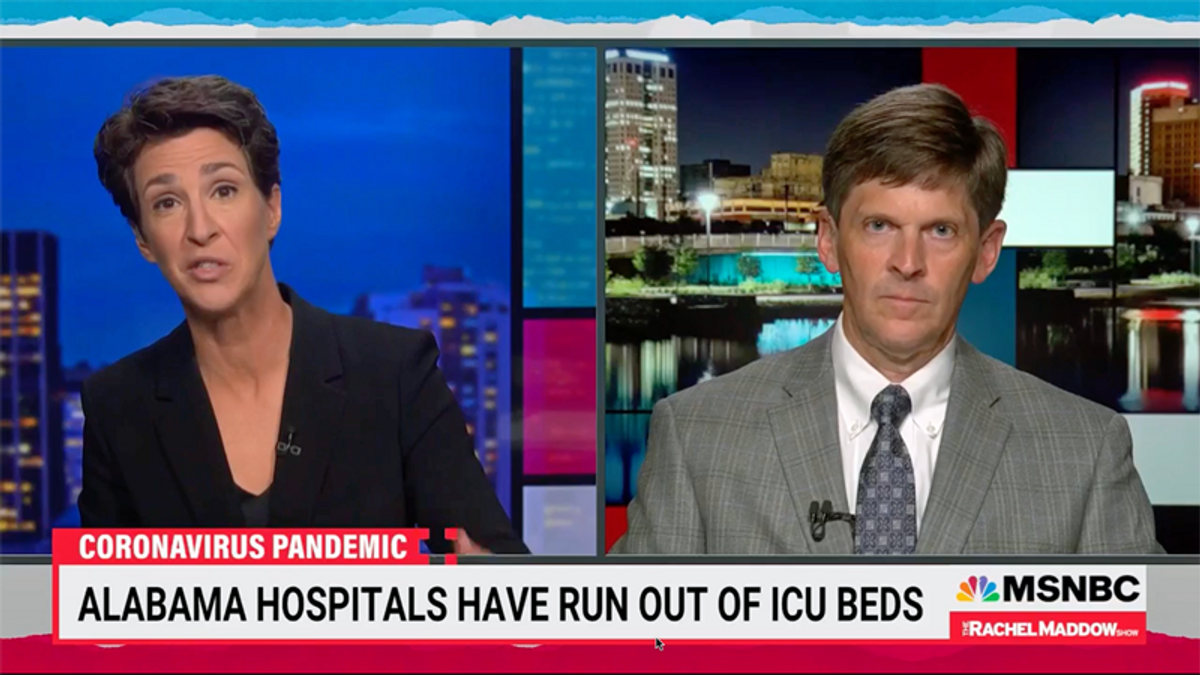 The co-director of the division of pediatric infectious diseases at the University of Alabama painted a haunting portrait of the potential collapse of the state's healthcare system during a Thursday night appearance on "The Rachel Maddow Show."

The host noted a front-page headline in the Montgomery Advertiser warning of an emergency room "patient traffic jam."

"Frustrated. Overwhelmed. Exhausted. Alabama emergency medical technicians are among the front line medical workers being pushed to their limits amid a dangerous COVID-19 wave filling the state's ICU beds. The wave has triggered a cascade of issues in the state down to ambulance response times, as hospitals are forced to divert incoming patients and EMTs work to get patients to medical care the newspaper reported.

Maddow noted that 2,700 patients were currently in Alabama hospitals and explained one prediction had that number rising to 5,000.

"Let me ask if that looks any different to you close up than it seems to me from here," Maddow said.

"You know, from the inside, it looks even worse," Kimberlin replied.

"I use this word carefully, I think we may be looking at a collapse of our health care system throughout the state of Alabama," he explained. "As you pointed out, we had a net negative of ICU beds yesterday, that's for adult and pediatric ICU beds."

"And in Mobile today, what I was told by a colleague down there, they had no ambulances. There were no ambulances to go out and pick up people. We are really at a teetering kind of break point here and I'm very scared that we might not be able to get through this without catastrophic kind of consequences," Dr. Kimberlin said.