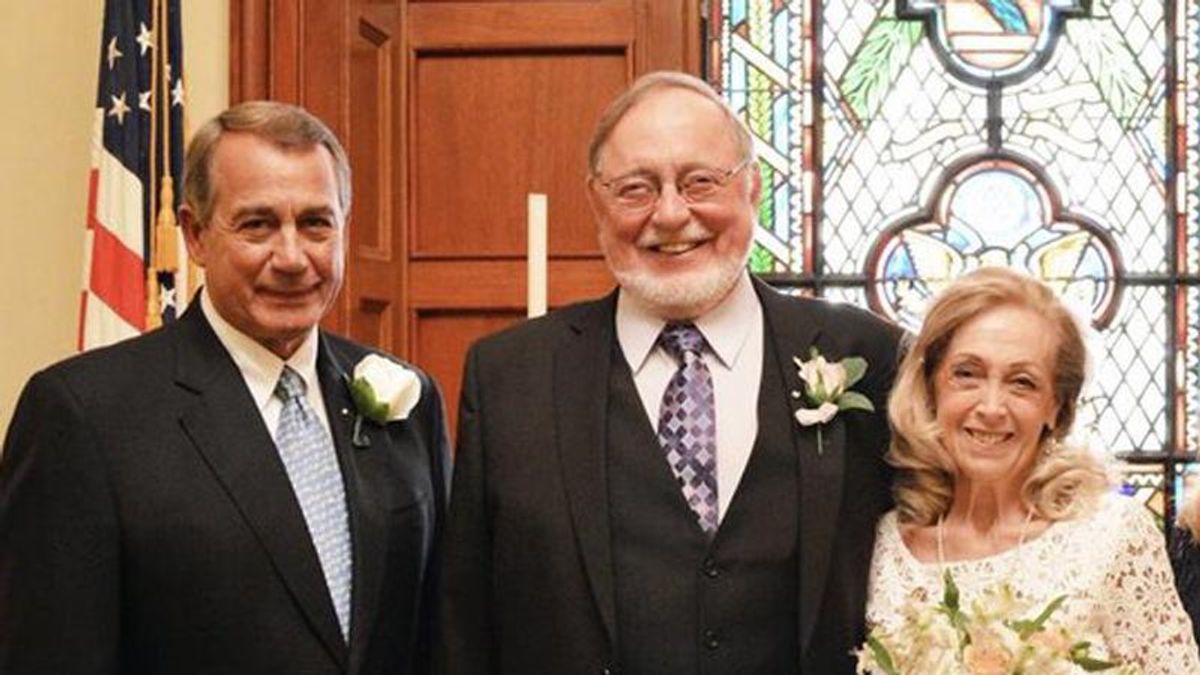 Rep. Don Young (R-AK), the longest serving member of the House -- who has served in various political offices since 1964 -- was livid over the move.

In his forthcoming memoir, Boehner reportedly says Young threatened him with a 10-inch knife on the floor of House.

The Alaska Republican responded to the story on Twitter.

"'Every time he tells that story the knife gets a bit bigger and a little closer. But the best Don Young/John Boehner story of all is how he ended up being the best man at my wedding," Young wrote.

Boehner writes that, after he excoriated earmarks, the Pride of Ft. Yukon put a 10-inch blade against his throat… https://t.co/4u5QQkwf7m
— Jonathan Martin (@Jonathan Martin)1618019066.0