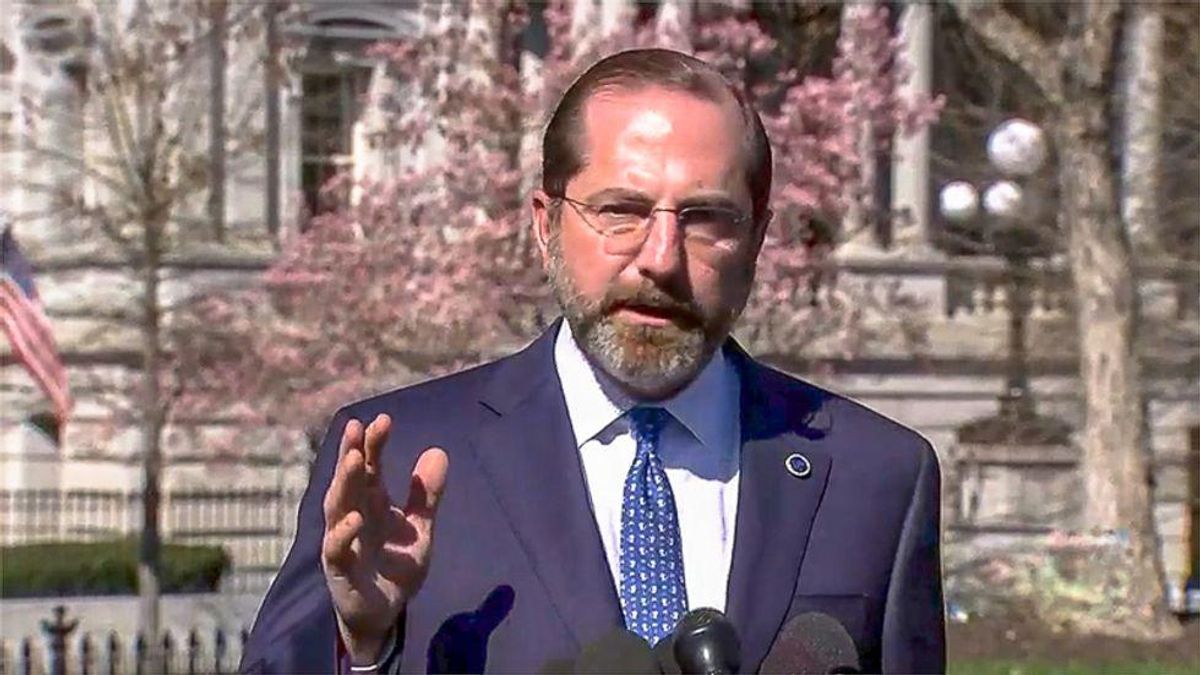 Two former officials on President Donald Trump's COVID-19 task force reported being pressured by Health and Human Services Secretary Alex Azar to change the Morbidity and Mortality Weekly Report that doctors, scientists and virologists use to make decisions about the pandemic.

"I really had dreams that he was going to be unbelievable and I would have a great relationship with the secretary," said Dr. Robert Redfield, who headed Trump's CDC. "He would have total confidence and just let me run the CDC. Unfortunately, I don't think that's the deal I got. I don't think that's the deal [Dr. Stephen] Hahn got either. A lot of people think that the challenges the CDC director had been with the White House. I didn't have really difficult challenges with the White House. The challenges I had were with the office of the Secretary."

"I think some of the ones that were the most notable that I was the most offended by were the calls that wanted me to pressure and change the MMWR," Redfield said.

"I was, on more than one occasion, called by the secretary and his leadership, directing me to change the MMWR," said Redfield. "Now, he may deny that, but it's true. The one time that was the most egregious was not only was I pressured by the secretary and his office and his lawyers, but as I was driving home. His lawyer and his chief of staff called and pressured me again for at least another hour, even to the point of, like, accusing me of failing to make this change that would cost, you know, thousands of lives. I finally had a moment in life where I said, you know, enough is enough. You know? If you want to fire me, fire me. I'm not changing the MMWR."

Azar tried to get people to change data www.youtube.com