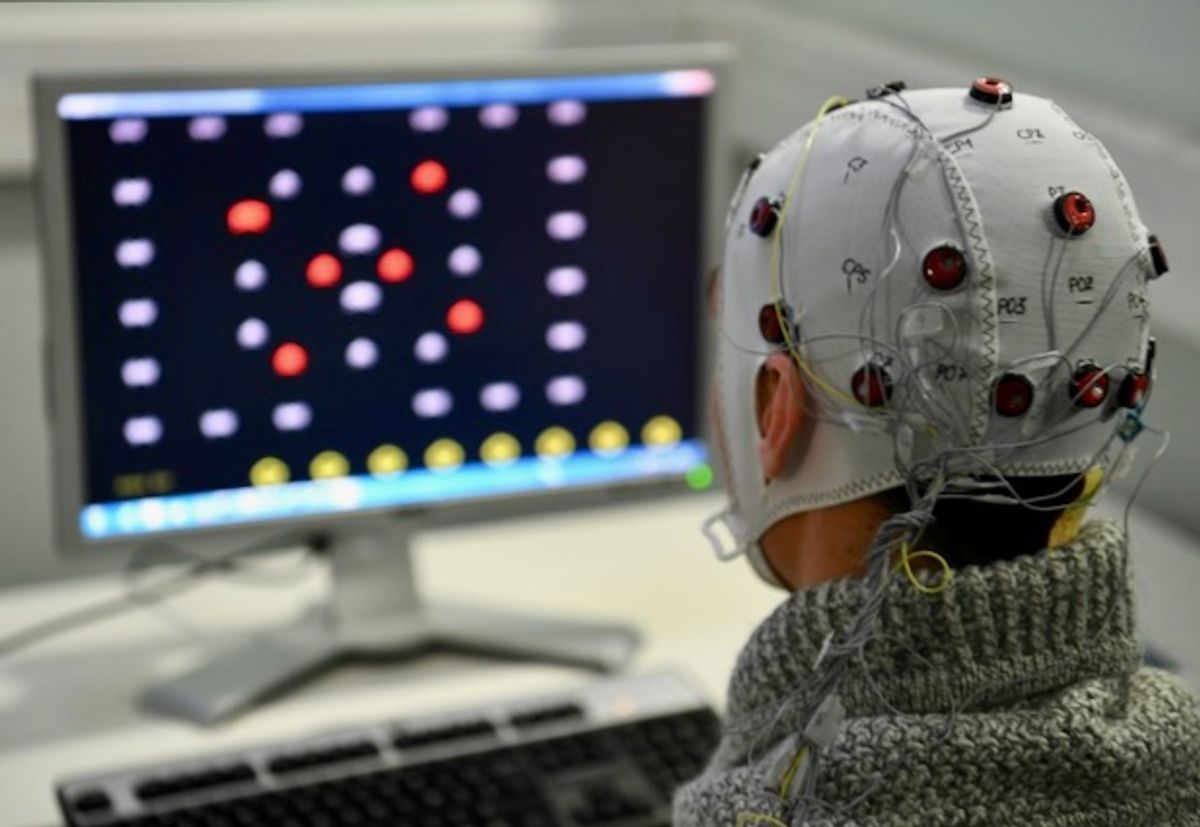 Progress is being made brain-computer interface technology, an example of which is seen at a French laboratory in 2017, but scientists say a vision outlined by Elon Musk to mesh brains and computers using artificial intelligence remains far off AFP/File / JEAN-PIERRE CLATOT

"One occurred within the past two weeks, and all have required the officers to undergo outpatient treatment at Walter Reed National Military Medical Center or other facilities.

"In one case, in 2019, that has not previously been reported, a military officer serving overseas pulled his vehicle into an intersection, then was overcome by nausea and headaches, according to four current and former officials briefed on the events," said the report. "His 2-year-old son, sitting in the back seat, began crying. After the officer pulled away from the intersection, his nausea stopped, and the child stopped crying."

They both got medical attention from the government though it isn't clear what the long-term impact will be on their health.

"The Biden administration has not determined who or what is responsible for the episodes or whether they constitute attacks," said the Times. "Though some Pentagon officials believe Russia's military intelligence agency, the G.R.U., is most likely behind the case of the 2-year-old, and evidence has emerged that points to Russia in other cases, the intelligence agencies have not concluded any cause or whether a foreign power is involved."