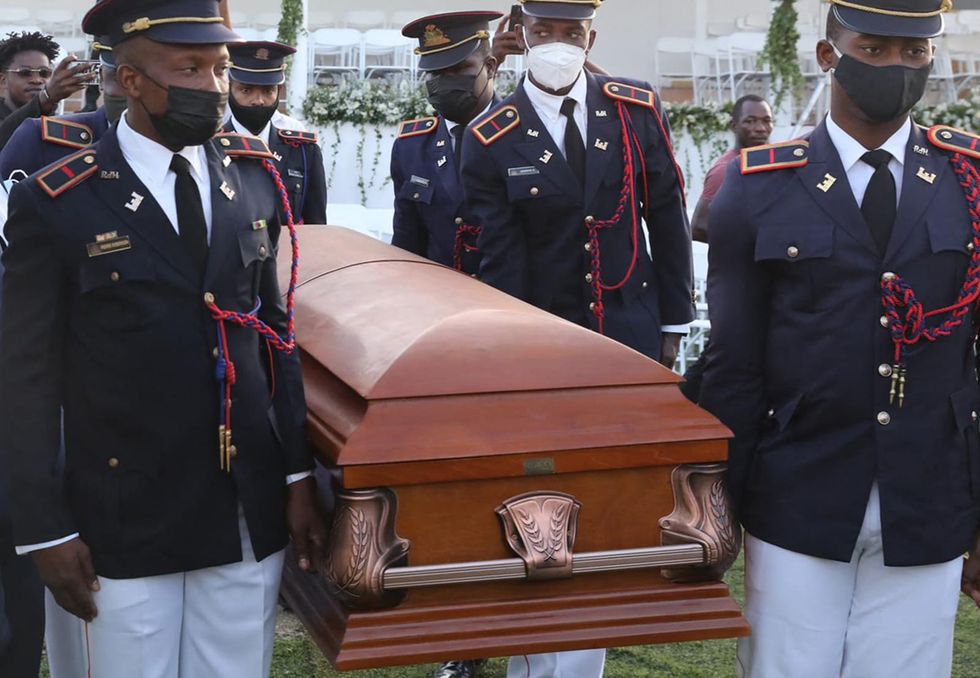 Soldiers of the Armed Forces of Haiti carry the casket of slain President Jovenel Moïse before his funeral on July 23, 2021, in Cap-Haitien, Haiti. - VALERIE BAERISWYL/AFP/Getty Images North America/TNS

A key suspect in the assassination of Haitian President Jovenel Moïse who was arrested on an immigration violation in Jamaica has been deported to his native Colombia. Mario Palacios Palacios flew out of Kingston’s Norman Manley International Airport Monday to South America after Haiti failed to get him extradited to Port-au-Prince and a judge in Jamaica ordered his deportation to Colombia. Palacios was arrested in Kingston in October after surrendering. There are no charges facing Palacios in Colombia, where upon landing he could be a free man unless the Haitian government were to update an I...