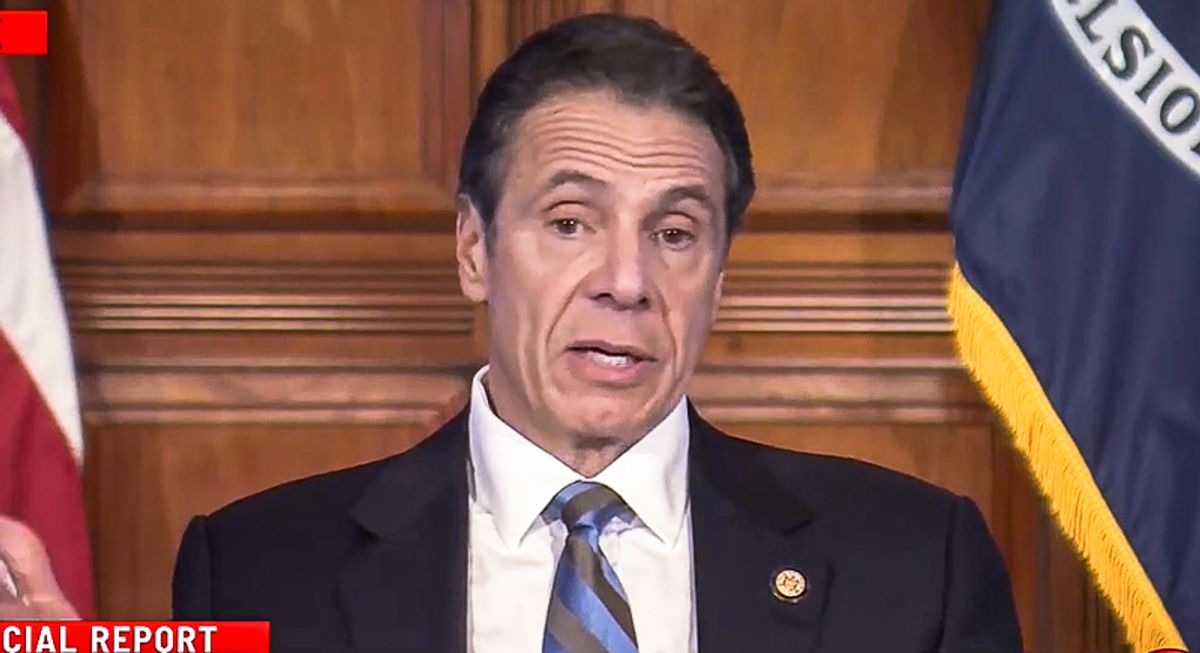 New York Gov. Andrew Cuomo is under fire from his political allies after one of his aides admitted that his administration intentionally held back data on COVID-19 nursing home deaths to keep it from the federal government. In a news conference on Monday, Cuomo admitted that there had been a "delay" in the data, though he brushed off the idea that his administration might have engaged in wrongdoing.

"There's nothing to investigate," Cuomo claimed, following threats of a subpoena. He suggested that state lawmakers were inappropriately using such threats to gain political advantage in other matters. "You can't use a subpoena or the threat of an investigation to leverage a person. That's a crime. It's called abuse of process, it's called extortion."

New York Attorney General Letitia James recently came forward to reveal that the governor's administration had been drastically underreporting the number of COVID deaths in nursing homes, which house the most vulnerable populations in the pandemic. Recent data said that close to 13,000 people in nursing homes have died from the virus in New York, according to the New York Times. James found that several thousand deaths had been left out of the initial count. Many people who lived in nursing homes but had become hospitalized for COVID before dying were not reported as nursing home deaths.

James' revelations were troubling enough, but they were compounded when an aide to Cuomo admitted that the administration held back the data because it was fearful of federal oversight.

Now, both Democratic and Republican state legislators are speaking out against Cuomo.

While acknowledging some role in fueling the scandal, Cuomo seemed to suggest that the problem was one of communication, rather than a substantive failing. He said the delay in providing the full information spurred "skepticism, cynicism, and conspiracy theories which furthered confusion."

Cuomo has long faced criticism for his handling of nursing homes during the COVID-19 crisis, particularly in the early spring of 2020. Under his guidance, nursing homes accepted COVID-positive patients into their facilities, which likely allowed the virus to spread further among this vulnerable group, though it's a matter of debate how significant this factor was.