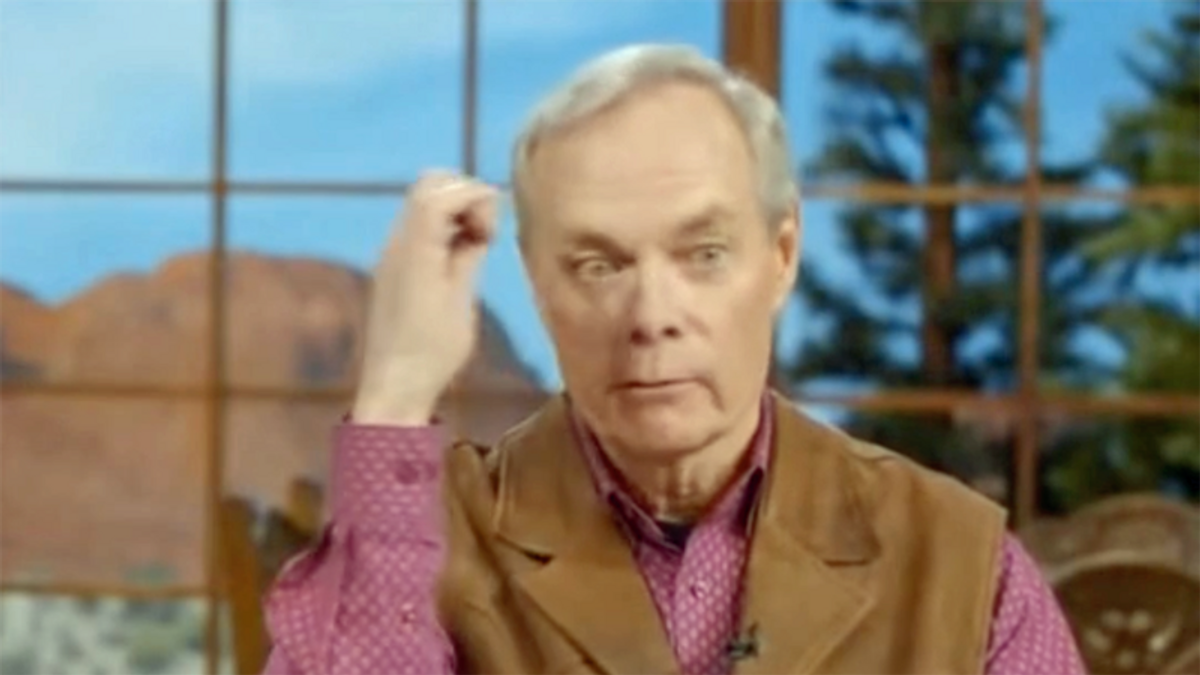 Controversial right-wing pastor Andrew Wommack wants LBGTQ Americans to have a warning label on their foreheads.

"Homosexuals have like three times as much suicide as heterosexuals, and then you go into transgenders, and it just continues to go up," Wommack said on his "Truth & Liberty Livecast," without any apparent self-awareness of the role anti-gay hate plays in the epidemic.

"It's a very destructive lifestyle. They have 20 years less that the homosexual lives than a heterosexual. And, you know, cigarettes take an average of seven years off of a person's life, so homosexuality is three times worse than smoking," he argued. "We ought to put a label across their forehead, 'This can be hazardous to your health.'"

Wommack is now trying to take over a town and county in Colorado.

"Health and wealth teacher Andrew Wommack has long urged his followers to 'take back Colorado' from the 'demon-possessed' socialists and Democrats who've turned the state from red to blue. Last month, that rallying cry became practical, as Wommack urged followers to take control in Woodland Park and Teller County," the Colorado Springs Gazette reported Saturday.

"'Man, as many people as we have in this school here, we ought to take over Woodland Park,' said Wommack during an April Citizen's Academy at Charis Bible College, which was hosted by the Truth & Liberty Coalition, the 501(c)4 political organization he founded in 2017," the newspaper reported. "Charis also held a candidate's academy this month to prepare Christians to run for office, and Wommack helped found the National Association of Christian Lawmakers, designed to 'bring lawmakers together in support of clear biblical principles.'"