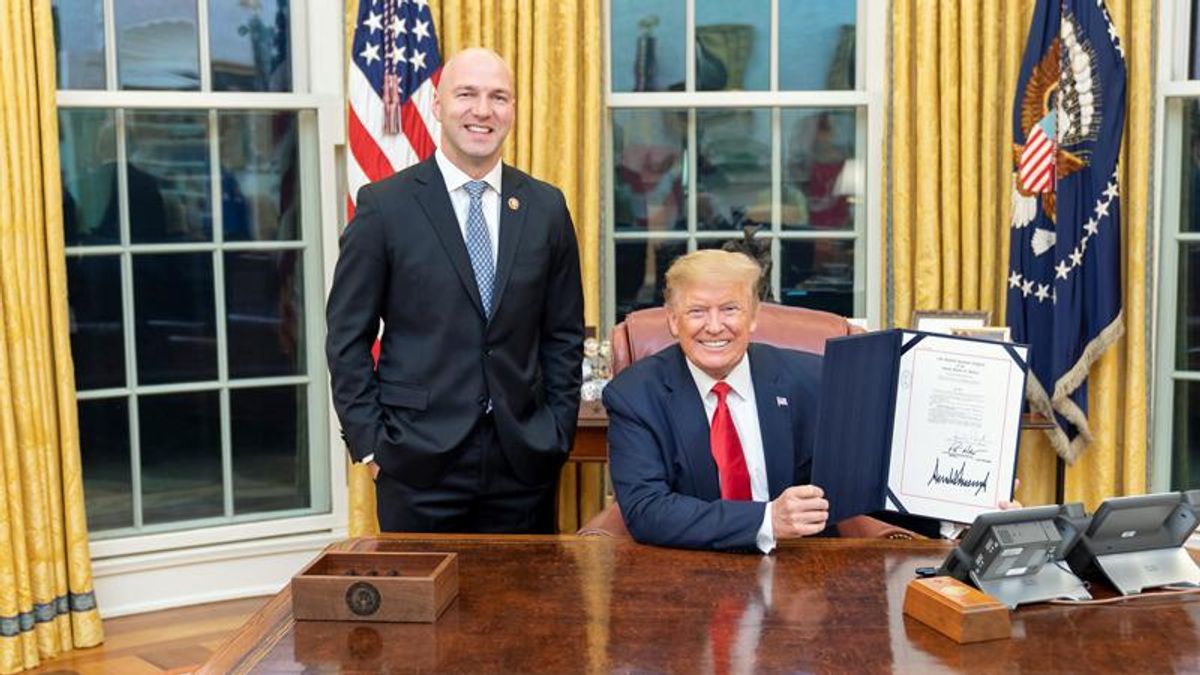 Rep. Anthony Gonzalez (R-OH) blasted Republicans who are pushing the GOP lies that Trump won the election and there wasn't an insurrection on January 6th.

Gonzalez made his remarks at a virtual forum hosted by the City Club of Cleveland, NBC News reports.

Gonzalez did not vote to overturn the election, instead voting to impeach Donald Trump for inciting the insurrection.

"I think continuing to perpetuate falsehoods, especially ones that are dangerous that led to the violence on Jan. 6, is a recipe for disaster for the party, but it's also horribly irresponsible," Gonzalez said.

"Sometimes when I hear us talk about the state of our party, we talk as if we somehow won an election," he said. "Right now, my concern is we're trying to excommunicate our own voters. When you're fully out of power, you need to be adding voters, not subtracting voters. So this position that we find ourselves in is sort of baffling from a party standpoint. My hope is that we can find a way to coexist, build the tent, expand the tent and move forward."

Gonzalez had tough words for Republicans following the insurrection.

Gonzalez is being challenged in the 2022 GOP primary by Max Miller, a former Donald Trump aide.