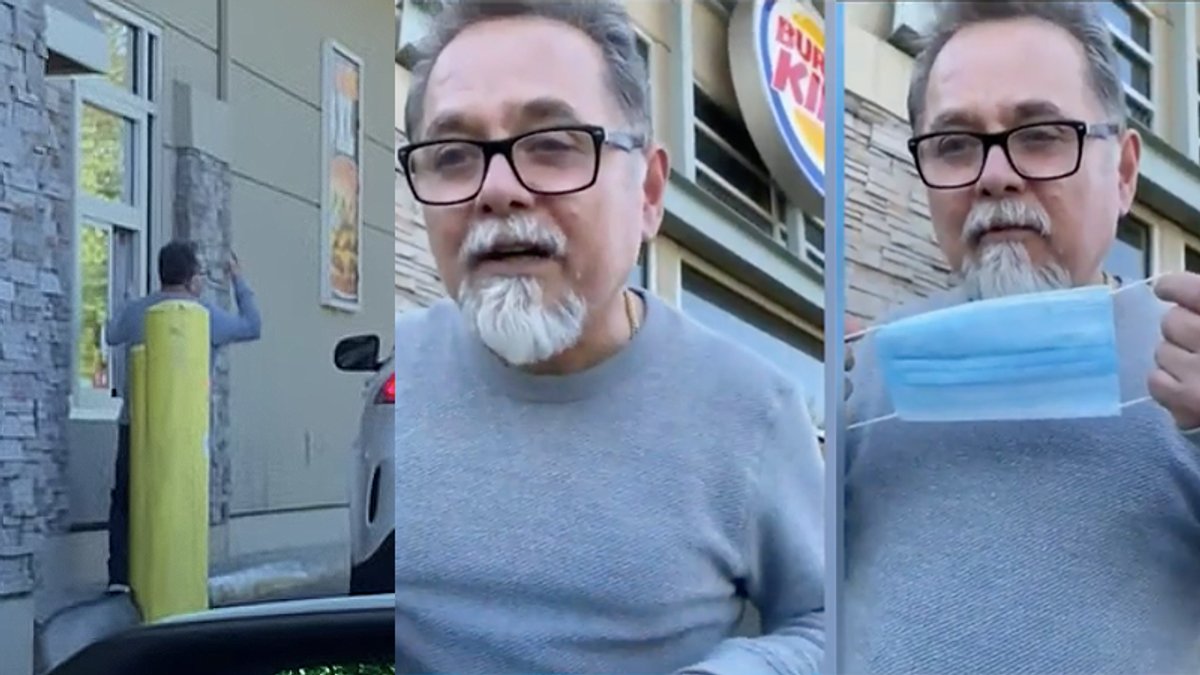 Police are looking for a man who went after an Asian family sitting in their car at a Burger King drive-thru in Richmond, British Columbia, reported CTV.

In a video captured by the family, the grey-haired white man walked up to their SUV and started yelling at them.

"When a bystander intervened to tell the suspect to leave, the suspect began hurling anti-Asian slurs at him," read the statement from police.

Benjamin Wong was also in the drive-thru when the incident happened, taking out his camera to film the man as he screamed at the family. He can be heard yelling profanities including "f*cking Chinese," "I'll show you, mother f*cker!" and "I can f*cking kill you!" Once the man noticed Wong filming him, he said that the man became much nicer, saying, "Nice to meet you" before walking away.

He posted the video on Reddit and moved on. Wong didn't call the recently launched Hate Crimes hotline to report it until several days after.

"We need people to call us immediately, before posting video of hate crimes or hate incidents online," Cpl. Ian Henderson said in a news release. "In order to conduct a fulsome investigation, we need the best evidence available, which means we need the raw, unaltered video, and we need it quickly so we can identify and locate the suspect quickly."

The mounties released a photo of the man during a press briefing Thursday, publicly asking for anyone with information to contact them.

Racist Encounter at Burger King Drive Thru. Richmond, BC in Ironwood. Angle 2 www.youtube.com

Racist Encounter at Burger King Drive Thru. Richmond, BC in Ironwood. Angle 3 drive thru view www.youtube.com