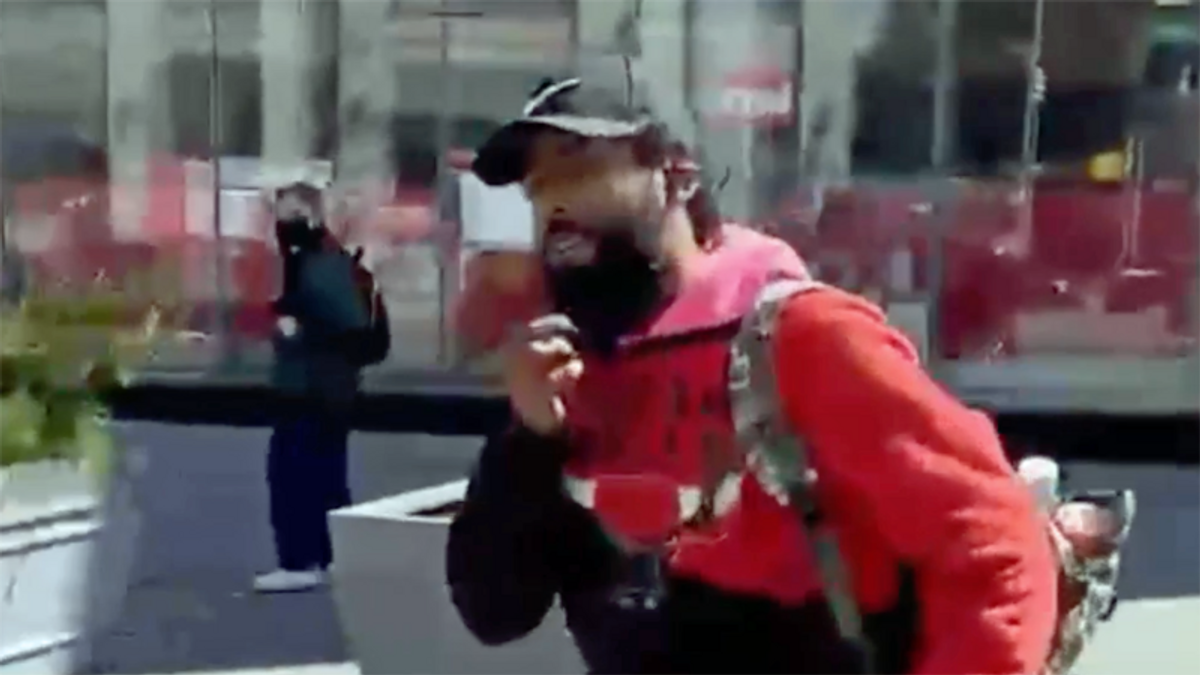 An Asian woman who was walking to a protest against anti-Asian violence this Sunday was repeatedly punched in the face by a stranger, Gothamist reports.

The unidentified man reportedly approached the woman and asked for her protest sign. He then took the sign and stomped on it. When the woman asked why he did that, the man punched her in the face twice and then fled to a nearby subway station.

According to witness Rita Chan, the attack happened in full view of the woman's young daughter.

"You could see she was just numb. At one point, a woman approached her and gave her a cookie," Chan told Gothamist. "As soon she saw her mom being put on the gurney, that's when she started crying. It was heartbreaking."

The NYPD released video of the suspect, showing him wearing a red Chicago Bulls sweatshirt and carrying a camouflage backpack.