'You're ruining my country!' Man has epic public meltdown after gym trainer asks him to wear a mask 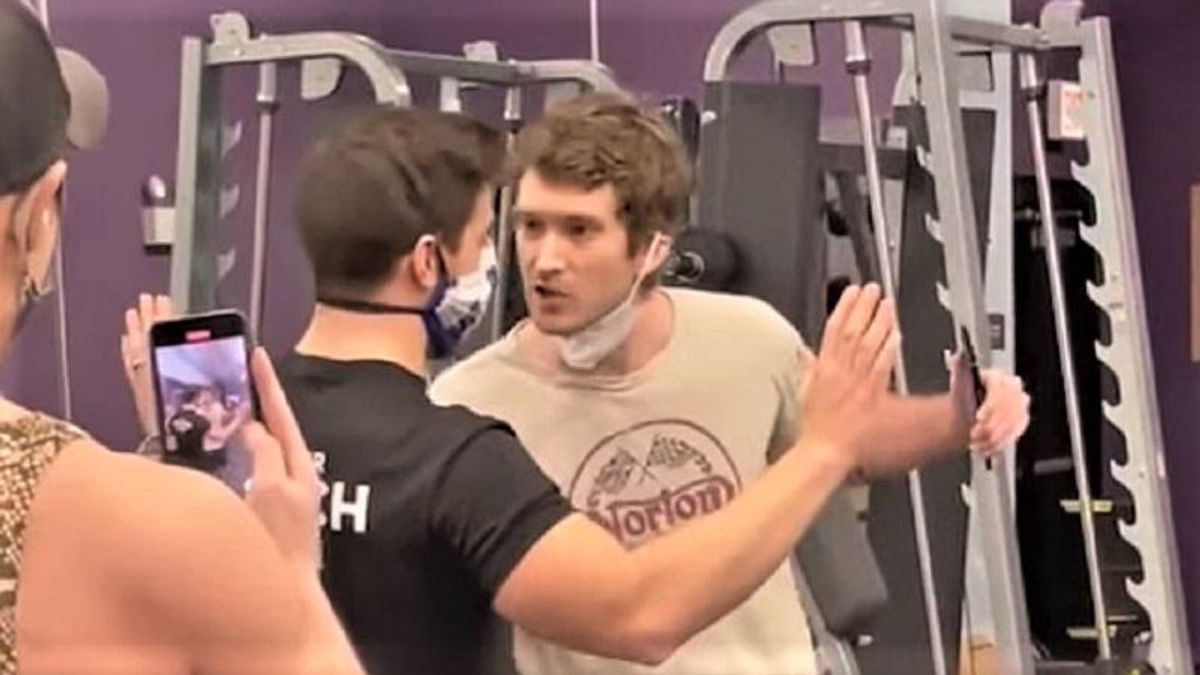 A man was caught on camera last week having a public meltdown at an Anytime Fitness gym after a trainer asked him to wear a face mask.

Local news station WISTV reports that Adrian Aguilar, a trainer at the Anytime Fitness located in Edgewater, Illinois, tried to ask 30-year-old Anthony Myers to comply with the gym's policies regarding face masks to slow the spread of the novel coronavirus pandemic.

Myers did not take kindly to his requests, however, and started angrily berating him.

"If you had just kept your f*cking mouth shut and not played games, I'd be working out right now and you'd be minding your own business!" yelled the maskless Myers, who got right in the trainer's face. "But you want to be the big guy and you want to play games... well, congratu-f*cking-lations, dumbass!"

Aguilar tried to reason with Myers about wearing a mask, but he continued lashing out.

In an interview with WISTV, Aguilar said that he had tried to deescalate the conflict and had asked the man multiple times to wear a face mask.

Myers actually called the police to the gym -- but after seeing the footage, they proceeded to arrest Myers and charge him with trespassing and battery, as footage shows that he shoved Aguilar on multiple occasions.

Myers has also been permanently banned from Anytime Fitness.