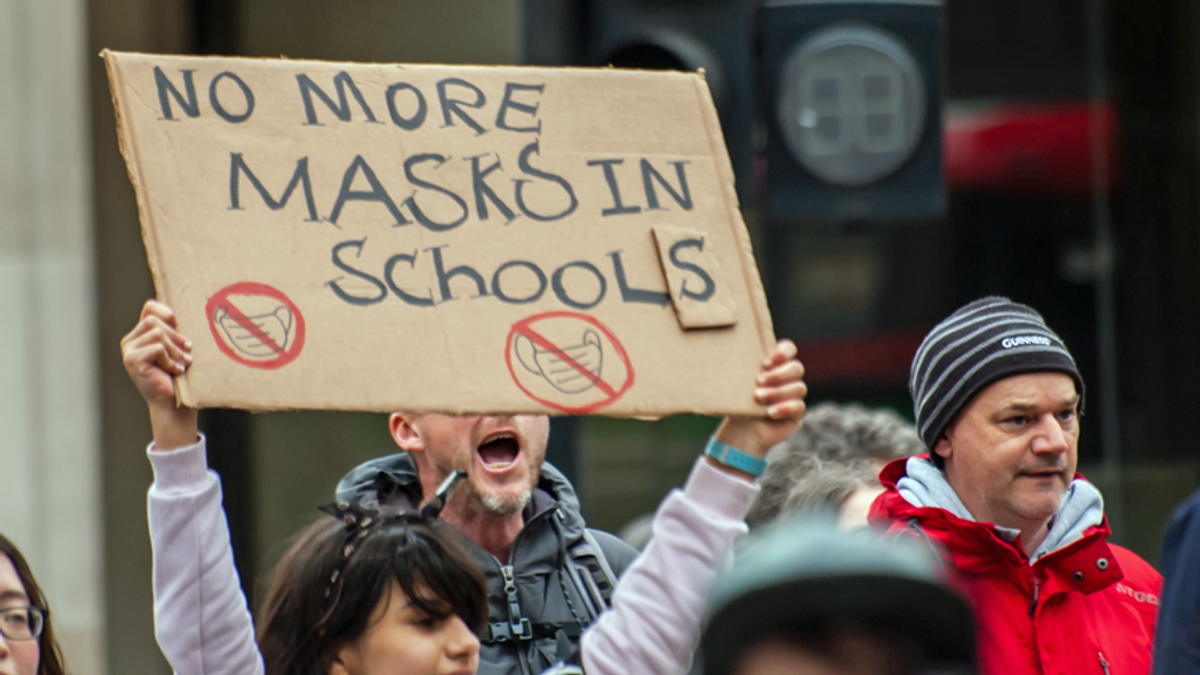 After her daughter went viral for flipping off anti-mask protesters in front of Champlain Valley Union High School in Vermont, Fiona Downey is praising her daughter Meagan.

The daughter grew exasperated with the protesters who are out in front of her school each morning.

On Friday morning, Meagan texted her mother in "all caps. "I FLIPPED OFF THE ANTI-MASKERS AND SHE FLIPPED ME OFF BACK."

The 14-year-old's raised middle finger was captured by VT Digger's Glenn Russell and used as the artwork for a story on the daily protests.

Then HuffPost's Philip Lewis tweeted a screen-capture of the picture and it went viral.

The Vermont alt-weekly Seven Days interviewed both mother and daughter.

"It's just so hard to see them not taking safety precautions seriously and trying to persuade kids to do the worst of the worst," the daughter said.

She was praised by her mother.

"She's such a kind, compassionate person," Meagan said. "I want this to be a time for her to thrive."

One of Fiona's teachers reportedly also said she was proud of the 14-year-old.