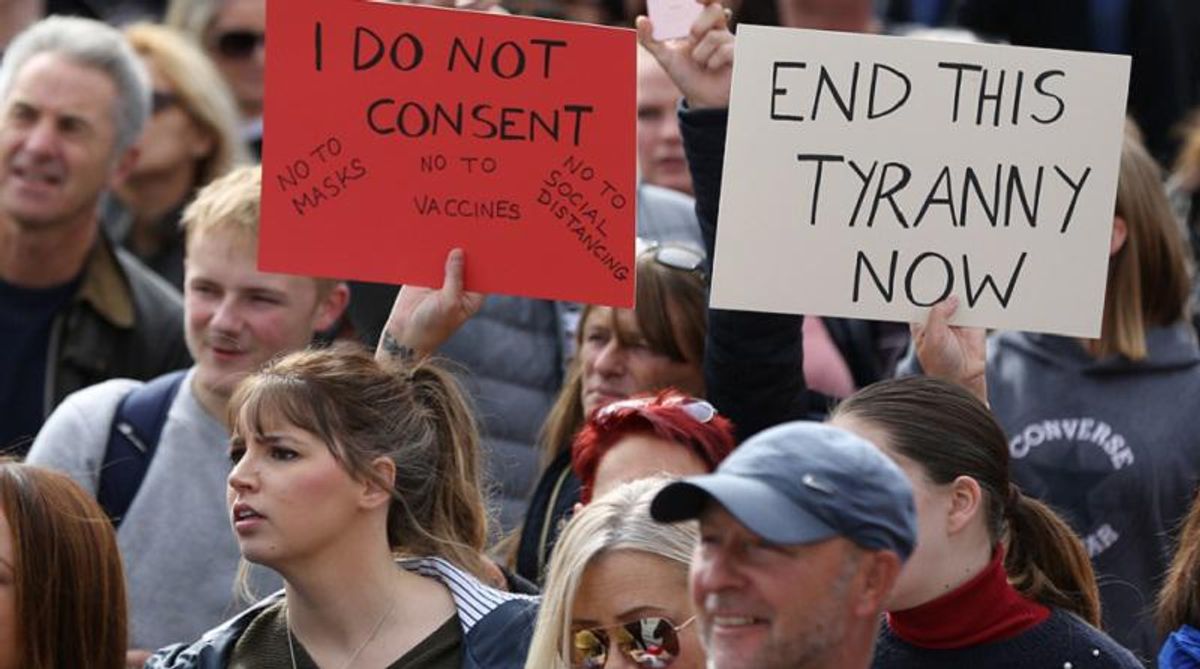 Protester Grant Dorman, for one, criticized the library's policy of prioritizing the health of its staff and patrons.

"The first sentence of the [library board] policy states, 'the health and safety of employees and patrons is our highest priority,'" he said. "This ideology is the view of the board. And while health and safety [are] important, it surely isn't the most important thing in everyone's view."

Another protester, identified only as Robert R., expressed incredulity that more people in the city didn't believe his claims that masks were actually harmful to people who wear them.

In the end, however, the library refused to back down from its policy and reminded the anti-maskers that it offers pick-up services to people who don't want to wear masks.