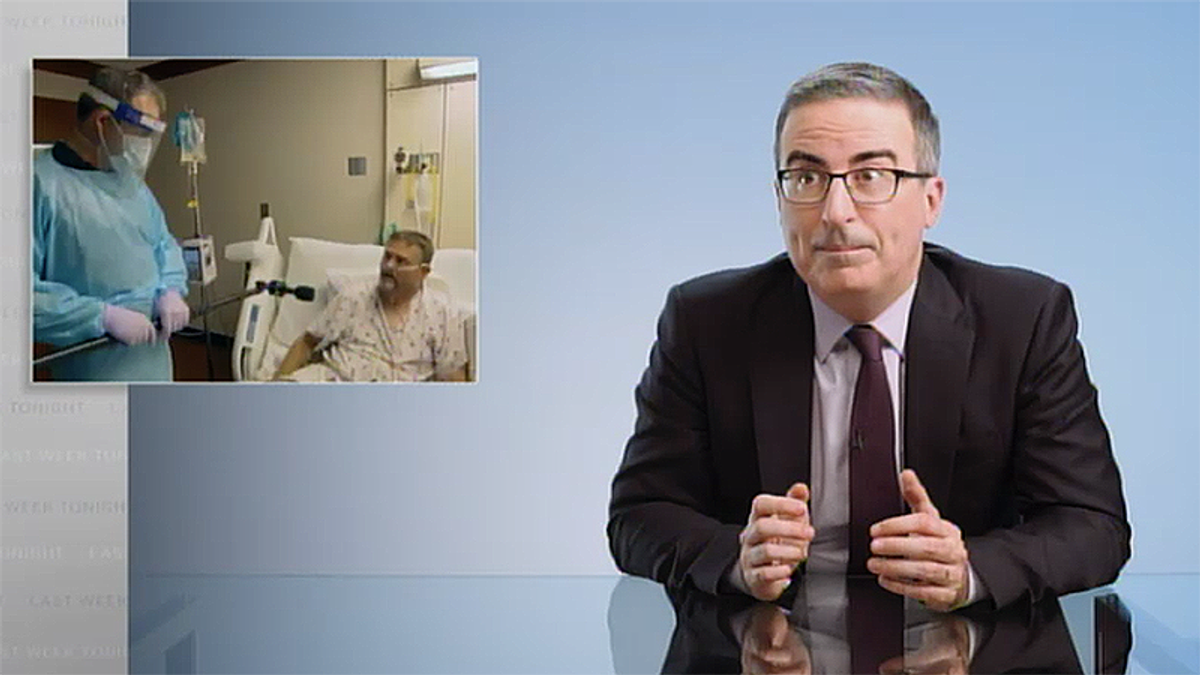 Prime Minister Boris Johnson is another of those who arbitrarily decided that COVID was over. He announced the UK Freedom Day, in which all COVID restrictions would finally be lifted. Ironically, he made the announcement from quarantine after being exposed to COVID from his own health minister. But it was his argument that Oliver took issue with: "If not now, when?"

"Oh! I can actually answer that for you," said the HBO host. "Later. Just a later time. It's so brazenly disingenuous to frame this as a choice between lifting COVID restrictions now or never doing it. If you compare it to someone saying, 'If I don't take a sh*t now, in the middle of this Apple store, when will I ever take a sh*t?' I don't know exactly, but I do feel like there are a lot of other options available that you are choosing not to consider."

Then Oliver showed the shocking footage from CBS This Morning showed a man who'd been in the hospital from COVID and managed to survive. He still has no intention to get the vaccine. His reason, he explained, was that he feels the government is trying to shove it down his throat like a ventilator tube. He called the vaccine part of the "government agenda."

"Ummm yeah," Oliver agreed. The government's agenda is to get people vaccinated and COVID's agenda, he explained, "is to f*cking kill you. To burrow into your body through your hot little mouth, f*ck around with your lungs, flip your nostrils off, make soup taste nothing like it normally does and then kill you."

The delta variant accounts for 83 percent of known U.S. Covid-19 cases. Hospital admissions are also increasing again as many have refused to get vaccinated. While some may blame southern states, it isn't exclusive to places like Alabama and Georgia. Anti-vaccine people exist everywhere and no city, town, or state is safe from a virus that continues to mutate rapidly.

As Oliver explained, the choices are "death" or "vaccine that comes with a free Krispy Kreme donut," and he suggests the latter.

See his PSA below: