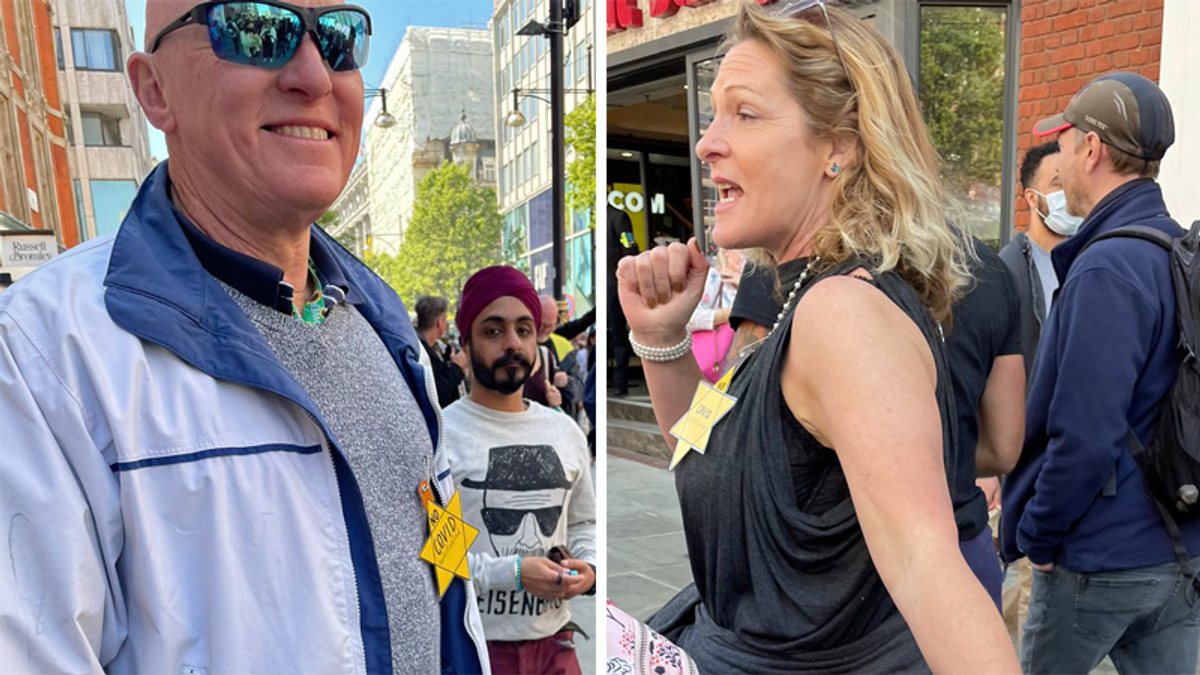 Anti-vaccine protesters likening themselves to Jews during the holocaust were harshly criticized on Saturday.

Nazis required Jews to wear yellow Jewish stars and other holocaust badges to the lands they controlled during World War II.

Twitter user Chloe Adelstone posted a picture of a man in the United Kingdom misappropriating the symbol. She said, "I shouted at them and they told me I was a Nazi for wearing a mask."

"Instrumentalization of the tragedy of Jews who suffered, were humiliated, marked with a yellow star, and finally isolated in ghettos and murdered during the Holocaust, in order to argue against vaccination that saves human lives is a sad symptom of moral and intellectual decline," the museum wrote.

Even before the COVID-19 pandemic, anti-vaccine protesters were misappropriating the symbol.

"In recent months, some anti-vaccine activists (known as anti-vaxxers) have appropriated the yellow Star of David badge, which some European Jews were required to wear during the Holocaust, to symbolize their 'persecution' at the hands of government vaccine rules," the Anti-Defamation League reported in April of 2019. "The stars, emblazoned with the stylized words 'No Vax,' are showing up on social media, especially on Facebook, and at anti-vaccine events. This is a hugely inappropriate use of this enduring symbol of the persecution of Jews by the Nazis during World War II and minimizes and trivializes the experiences of the survivors and victims of the Holocaust."

The anti-vaccine activists were blasted online. Here's some of what people were saying:

Ah yes, what could better illustrate your understanding of the Holocaust as your willingness to appropriate yellow… https://t.co/0xF3B10rmk
— Don Moynihan (@Don Moynihan)1619300709.0

of all the stupid, obnoxious, crass, offensive shite this idiot crowd has pulled over the past year, this is absolu… https://t.co/OZsvHPSzFd
— Kt Bvn (@Kt Bvn)1619274811.0