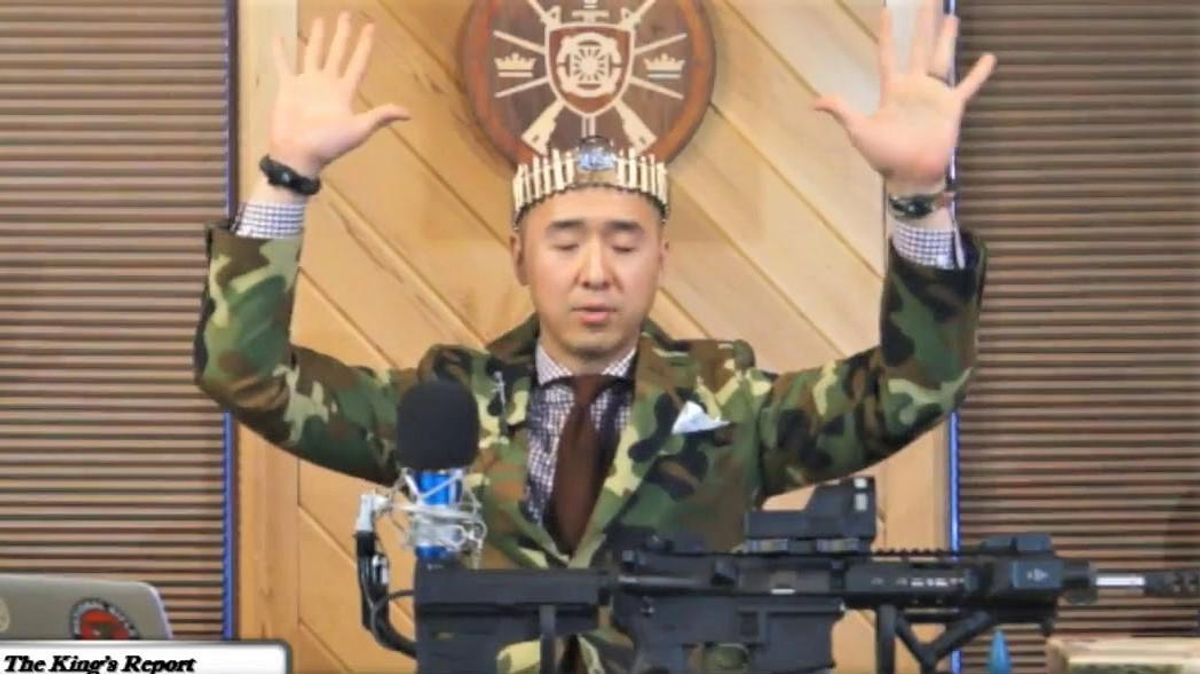 A fringe Trump-loving church whose parishioners worship with AR-15 rifles has now purchased a 40-acre compound in Texas to serve as a "sanctuary" for what its leader believes will be a war with the "deep state."

Vice News reports that the Rod of Iron Ministries has purchased a sprawling property in the town of Thorton, Texas that the church claims will be "home to over 100 sites that will serve our community and Patriots from Texas and around the country."

The church was founded by Pastor Hyung Jin "Sean" Moon, son of the infamous Unification Church founder Rev. Sun Myung Moon, who took a biblical passage referencing Christ defending his followers with a "rod of iron" and interpreted it to mean that Jesus wanted his flock to all carry AR-15s.

As Vice News notes, Moon has long been a devout follower of former President Donald Trump, and he even attended the pro-Trump rally that turned into a deadly riot on January 6th.

Additionally, Moon has also warned his followers with apocalyptic rhetoric that they are under siege from dark forces within the American government.

"The internationalist Marxist globalists are trying to start a civil war here, so that they can bring in the U.N. troops and Chi-Com Chinese military to come in and destroy and kill all gun owners, Christians, and any opposition, i.e., Trump supporters," Moon claimed in a recent sermon. "We are in the death of America right now, and that's why, of course, God is allowing for our expansion."

President Joe Biden has a goal for all U.S. electricity to come from zero-carbon sources by 2035. To get there, he's counting on Congress to approve an ambitious package of incentives and penalties designed to encourage utilities to clean up their power sources. That plan, part of the Democrats' proposed budget package, may be in trouble.

Sen. Joe Manchin, a West Virginia Democrat who has close ties to the coal, oil and gas industries and concerns about the speed of Biden's planned emissions cuts, will oversee that part of the budget as chair of the Senate Energy and Natural Resources Committee. Manchin has emphasized using “all energy sources" as “cleanly as possible" and described the idea of eliminating fossil fuels as “very, very disturbing." He reportedly wants to lessen the proposed incentives and penalties for utilities, known as the Clean Electricity Payment Program, and reward companies for burning natural gas.