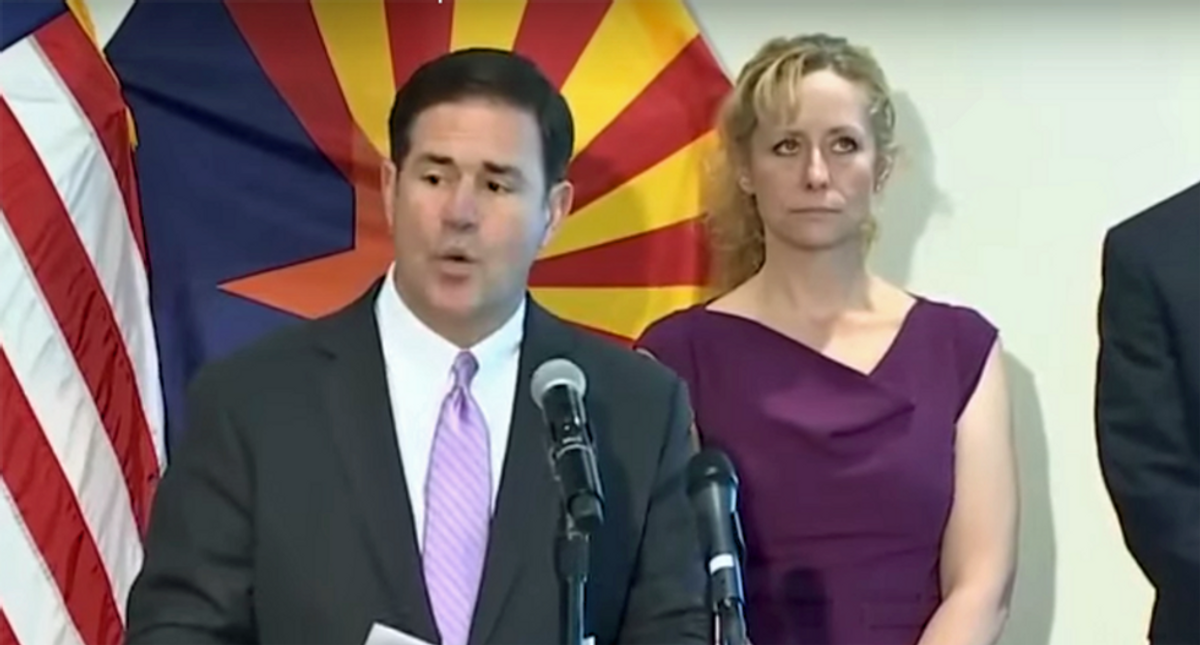 Republicans in Arizona are facing electoral backlash after the widely-panned audit of votes in Maricopa County has dominated local press for months.

Laurie Roberts, a columnist for The Arizona Republic, on Monday wrote about a new poll showing 62% of Republicans in the state wrongly believe Trump won the 2020 election and 27% believe he will be reinstated even though the Constitution does not allow such a thing to occur.

"The latest poll numbers from OH Predictive Insights show clearly why the once-respected Senate President Karen Fann would send our beloved state so deeply down the rabbit hole with her Cyber Ninja audit," Roberts explained. "She's chasing Republican voters. (Or perhaps, they are chasing her?)"

"But here's the thing. Most people do have faith in the system. In fact, 66% of Arizona voters polled say there is no credible evidence of widespread fraud that would have changed the 2020 election results. Put another way, Arizona voters, by a nearly 2-1 margin, discount all the crazy conspiracy talk," she wrote.

"That includes a whopping 85% of Democrats and 76% of those all-important independent voters – the ones Republicans will need if they hope to win back the Senate in 2022 or hang onto control of the state. Even 39% of Republican voters aren't buying the fraud talk," she explained.

"The big takeaway is that among Republicans, perception doesn't meet reality," Nobel said. "Independents are not on board with what the majority of Republicans currently believe."

Roberts explained how the audit could haunt Republicans in the 2022 midterms.

"Given that independents comprise a third of electorate – the people who sent both Democrats Kyrsten Sinema and Mark Kelly to the Senate after decades of Republicans owning the seats – that should be a wildly waving red flag to Team MAGA," she warned. "Couple that with the fact that Republicans are repeatedly, incessantly being told that they cannot trust our elections (translation: so, really, why bother voting?), and it all adds up to the prospect of disaster for Republicans in 2022."

The poll comes as Trump is scheduled to return to the state for a Saturday for a "rally to protect our elections" with the far-right group Turning Point USA.