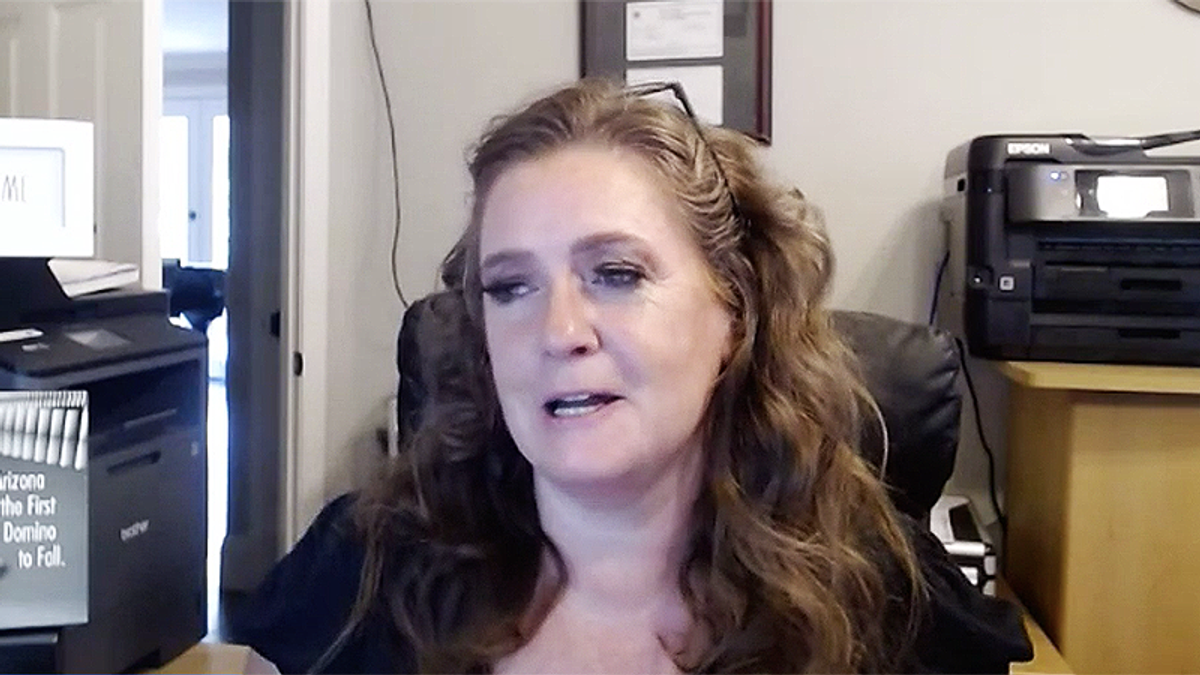 Republican former candidate Liz Harris, who is part of the Maricopa County audit, put out pamphlets that aren't standing up to fact-checks from basic internet searches.

Harris claims that the "grassroots canvas" of the 2020 election turned up 96,389 so-called "ghost votes." She showed an example of this using a photo she said was taken at a residence in Goodyear, Arizona that showed they cast two mail-in-ballots. The card reads that the photo revealed it was nothing more than a "vacant lot."

Further investigation from ABC News 13 political analyst Garrett Asher proves Harris's "canvases" simply didn't bother to look around. As Asher tweeted, a Google satellite map shows the home is set a little further south on the corner of the lot. It has also been there since the satellite took the photo between 2015-2016.

Realtor.com also showed the former listing of the home at the address, a one-story, 3,672 square foot property on 4.33 acres boasting an open-plan kitchen, dining and living room, blue carpeting in bedrooms and a large garage on the property.

Harris pointed out on Twitter that "citizens" have been doing the election "canvas" since December 2020. At least one person online had the "volunteers" come to her home and posted about it along with security photos.

Just had a couple of "citizen volunteers" at my door in Tempe, AZ to "ask a few questions about the last election.… https://t.co/EHLtxXDXgd
— Catherine Sigmon (@Catherine Sigmon) 1629567297.0

The argument critics are making is that partisan canvassing isn't accurate and shouldn't be considered valid.