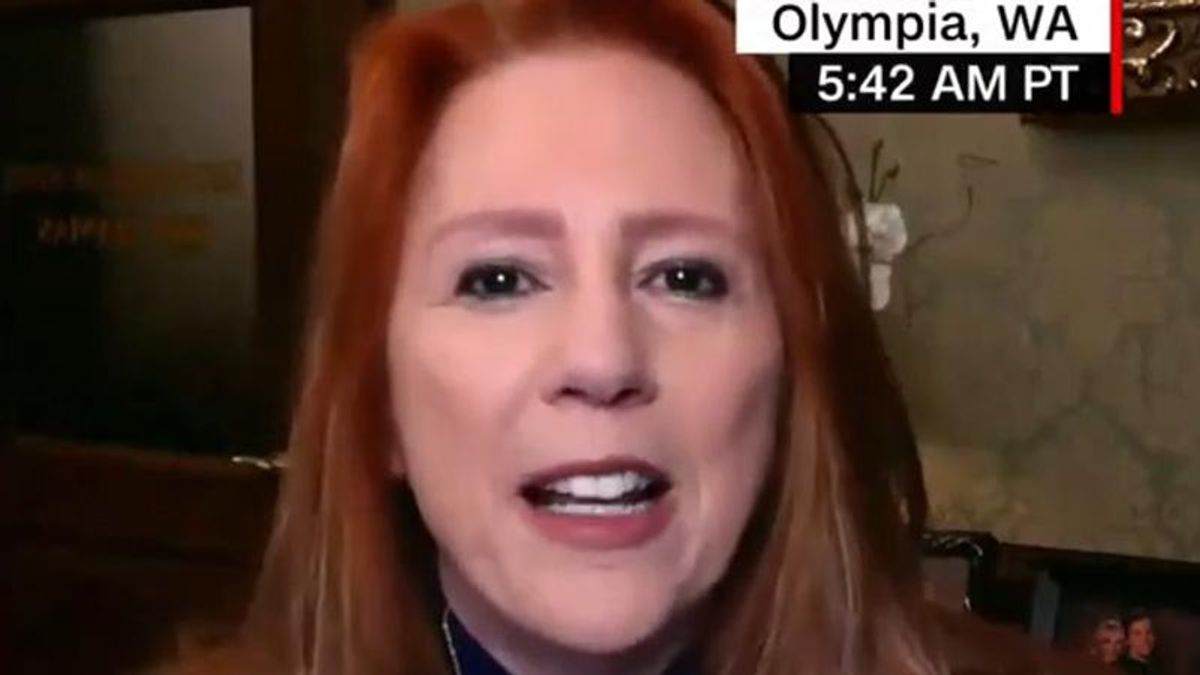 On CNN Wednesday, Washington Secretary of State Kim Wyman, a moderate Republican, tore into the Arizona GOP's ballot "audit" scheme in Maricopa County, and warned it would set a dangerous precedent for the integrity of elections.

"Madam Secretary, you see like flashing, you know, red warning signs and sirens here based on what's happening in Arizona," said anchor John Berman. "Why?"

"Well, because we're witnessing an event that has absolutely unprecedented movement in elections," said Wyman. "We've never seen a private company be able to come in and take command and control of live ballots that were used in an election, and the precedence of this is just unnerving for election officials across the country. And it should alarm every American in the country because we don't want people to be able to just walk into a crime scene and contaminate evidence for a future trial. That's what this is."

"I'm worried, because now they've given a new playbook to campaigns and political parties," added Wyman. "And make no mistake, this won't stop with the Republican Party. What we could see, you know, down the road is whatever political party is in charge of a state legislature, if they don't like the outcome of an election, let's just go ahead and make up an audit, make up a process, some sort of review, and the public will not be well served. And the public will have trouble being — having any confidence in those results."