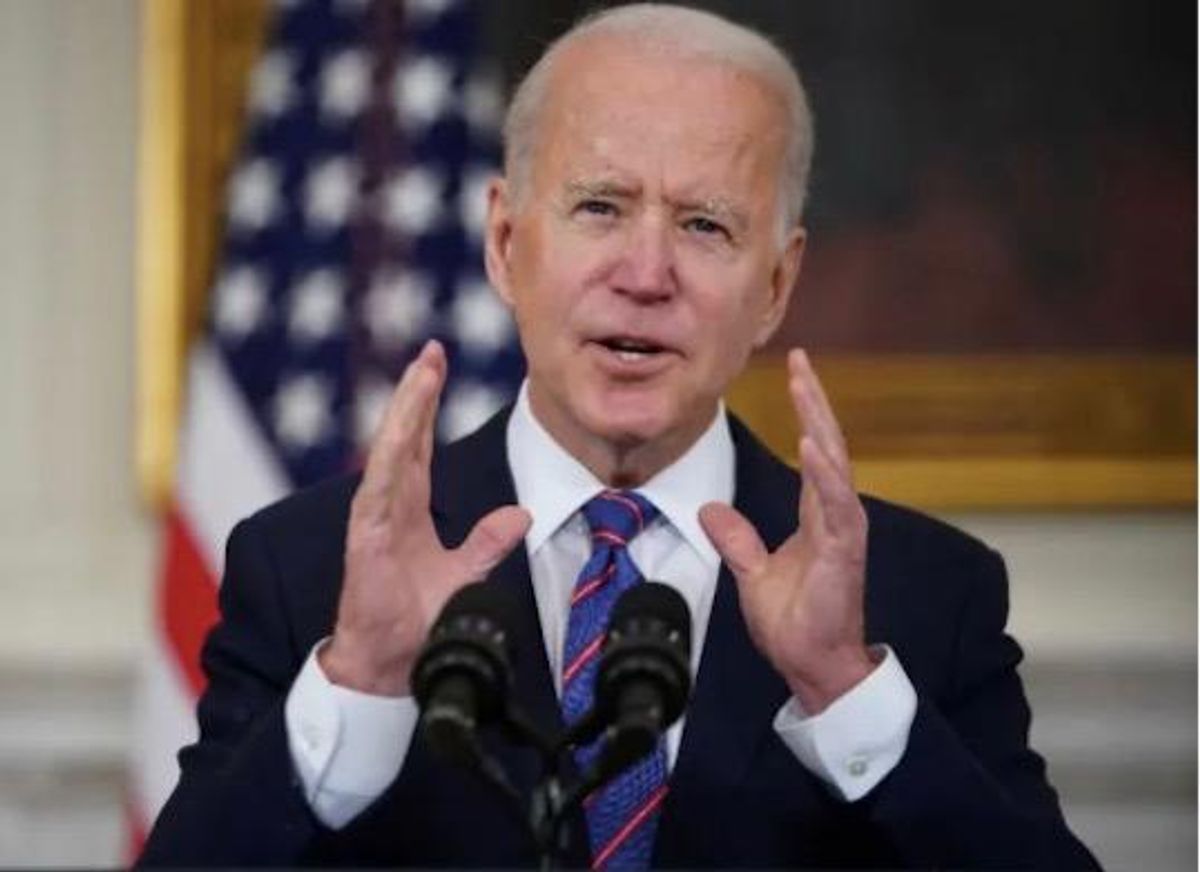 U.S. President Joe Biden is set to crack many decades of U.S. government silence on Saturday by publicly and officially recognizing that the systematic killing of an estimated 1.5 million Armenians by the Ottomans during the First World War was—as historians, survivors, and their descendants have long known—a "genocide."

In a phone call on Friday, Biden reportedly told Turkey's President Recep Tayyip Erdogan that the announcement by the U.S. government—which the Turkish government has long, and successfully thus far, campaigned against—would come in an official declaration on Armenian Genocide Remembrance Day, commemorated each year on April 24.

"When it comes to the Armenian genocide, you can expect an announcement tomorrow," Jalina Porter, a U.S. State Department spokesperson, told reporters Friday.

According to the Associated Press:

Officials said Biden wanted to speak with Erdogan before formally recognizing the events of 1915 to 1923 as genocide—something past U.S. presidents had avoided out of concern about damaging relations with Turkey.
Friday's call between the two leaders was the first since Biden took office more than three months ago. The delay had become a worrying sign in Ankara; Erdogan had good rapport with former President Donald Trump and had been hoping for a reset despite past friction with Biden.

Upon earlier reports that Biden was preparing to make his announcement, Armenian National Committee of America executive director Aram Hamparian on Thursday said in a statement that his organization, which lobbied for nearly a century for public recognition by the U.S. government, would welcome the effective end of "the longest lasting foreign gag rule in American history."

"This principled stand represents a powerful setback to Turkey's century-long obstruction of justice for this crime," Hamparian said, "and its ongoing hostility and aggression against the Armenian people."

Recognition of the genocide, he added, "holds great meaning in terms of remembrance, but it is—at its heart—about the justice deserved and the security required for the survival of the Armenian nation—a landlocked, blockaded, genocide-survivor state."

Salpi Ghazarian, director of the University of Southern California's Institute of Armenian Studies, told the AP that the U.S. recognition of genocide would have resonance beyond Armenia and the diaspora.

"Within the United States and outside the United States, the American commitment to basic human values has been questioned now for decades," Ghazarian said. "It is very important for people in the world to continue to have the hope and the faith that America's aspirational values are still relevant, and that we can in fact to do several things at once. We can in fact carry on trade and other relations with countries while also calling out the fact that a government cannot get away with murdering its own citizens."

Writing in Newsweek on Friday, Danielle Tcholakian, an Armenian American journalist and essayist, wrote fiercely about the pain of growing up in a nation whose government has openly denied the reality of the atrocities perpetrated against her people and questioned what the declaration by Biden will mean at this point given the decades of self-interested and cynical U.S. foreign policy. She wrote:

It's difficult to see recognition this late as courage, especially as our ally relationship with Turkey has grown tenuous. The only excuse left is the one that always rang false: The naive delusion that not using the word "genocide" will somehow result in Erdogan's Turkey making any sort of effort at peaceful relations with Armenia. Armenia will never be safe as long as Erdogan is in charge of Turkey and Ilham Aliyev in charge of Azerbaijan. If America cares about Armenia's safety, leaving it in the hands of malignant autocrats is a bizarre way of showing it.
Recognition alone, 106 years after the fact, will not mean much to me personally, if I'm being honest. It will be a good thing to have in the historic record, and our hope has long been that it will help clarify when a genocide is happening and the urgency of intervention. Even today, the situation in the Tigray region in Ethiopia could not be more dire.

According to Hamparian—who also cited the ongoing persecution by the Turkish government and Azerbaijan—the declaration will have limited meaning if it does not "translate into a fundamental reset in U.S. policy toward the region—one which ensures the security of Armenia and Artsakh, and lays the groundwork for a durable peace based upon a just resolution of the Armenian Genocide."