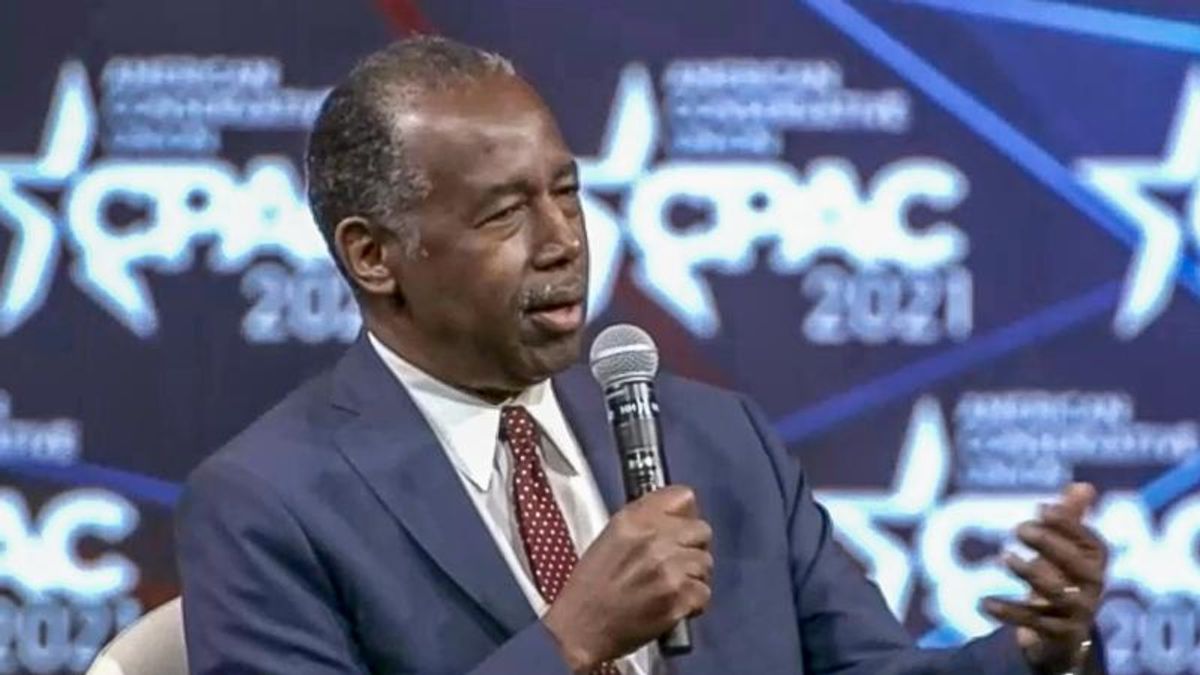 Former Housing and Urban Development Secretary Ben Carson suggested on Sunday that the modern U.S. government has undermined Black families more than legalized slavery ever did.

Carson made the remarks during an appearance at the Conservative Political Action Conference.

"But what really had a negative impact was when the government came along said, 'There, there, you poor little thing, I'm going to take care of all your needs,'" he continued, "and started implementing policies that were destructive to the family formation."

"Those are the things that have hurt the Black communities the most," Carson insisted.

Watch the video below from CPAC.