Biden expects at least 50,000 Afghans to be flown out — but he won't commit to staying past August 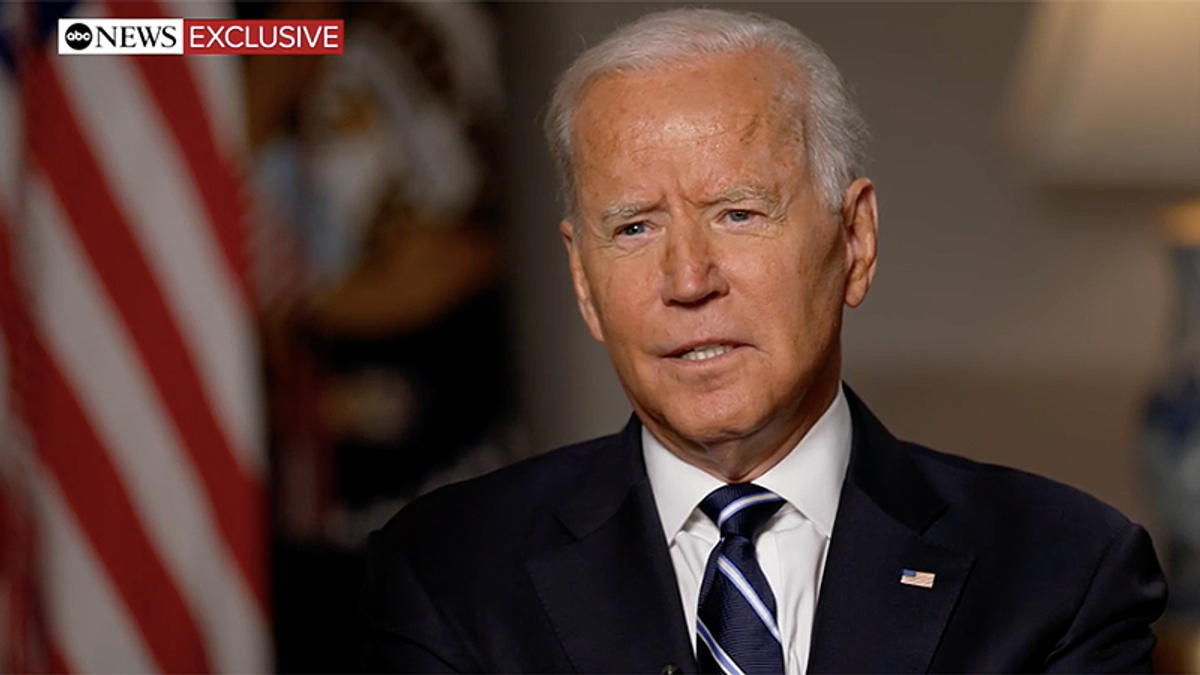 In an exclusive interview with ABC's George Stephanopoulos, President Joe Biden revealed that he always expected the withdrawal from Afghanistan would result in the kind of chaos that was witnessed on television over the past few days.

"So for you, that was always priced into the decision?" Stephanopoulos asked.

"Yes," said Biden. "Look, one of the things we didn't know is what the Taliban would do in terms of trying to keep people from getting out. What they would do. What are they doing now? They're cooperating, letting American citizens get out, American personnel get out, embassies get out, et cetera, but they're having -- we're having some more difficulty having those who helped us when we were in there."

Stephanopoulos referenced the videos and images of panicked Afghans desperately begging to get on U.S. Air Force planes, but Biden got defensive.

"That was four days ago, five days ago!" Biden said about videos that appeared Monday.

"What did you think when you first saw those pictures?" Stephanopoulos asked.

"Look, it was a simple choice, George," Biden continued. "When you had the government of Afghanistan, the leader of that government, get in a plane and taking off and going to another country; when you saw the significant collapse of the Afghan troops we had trained, up to 300,000 of them, just leaving their equipment and taking off -- that was, you know, I'm not, that's what happened. That's simply what happened. And so the question was, in the beginning, the threshold question was, do we commit to leave within the timeframe we set, do we extend it to Sept. 1, or do we put significantly more troops in?"

The president went on to say that the deal outlined by Trump was negotiated saying that the Taliban would only stop the violence if the U.S. pulled out. The withdrawal began last year with the former president pulling all troops out of Bagram Air Force base almost overnight.

When asked if he would stay past the Aug. 31 deadline, he said he would have to see where the U.S. is in the evacuations. He seemed to indicate the goal would be over 5,000 evacuations daily. There are approximately 10,000 Americans left and Biden said that 50,000 to 65,000 Afghan allies who would be brought out with their families.