Biden: 'Don’t dare call them protesters -- they were a riotous mob, they were insurrectionists' 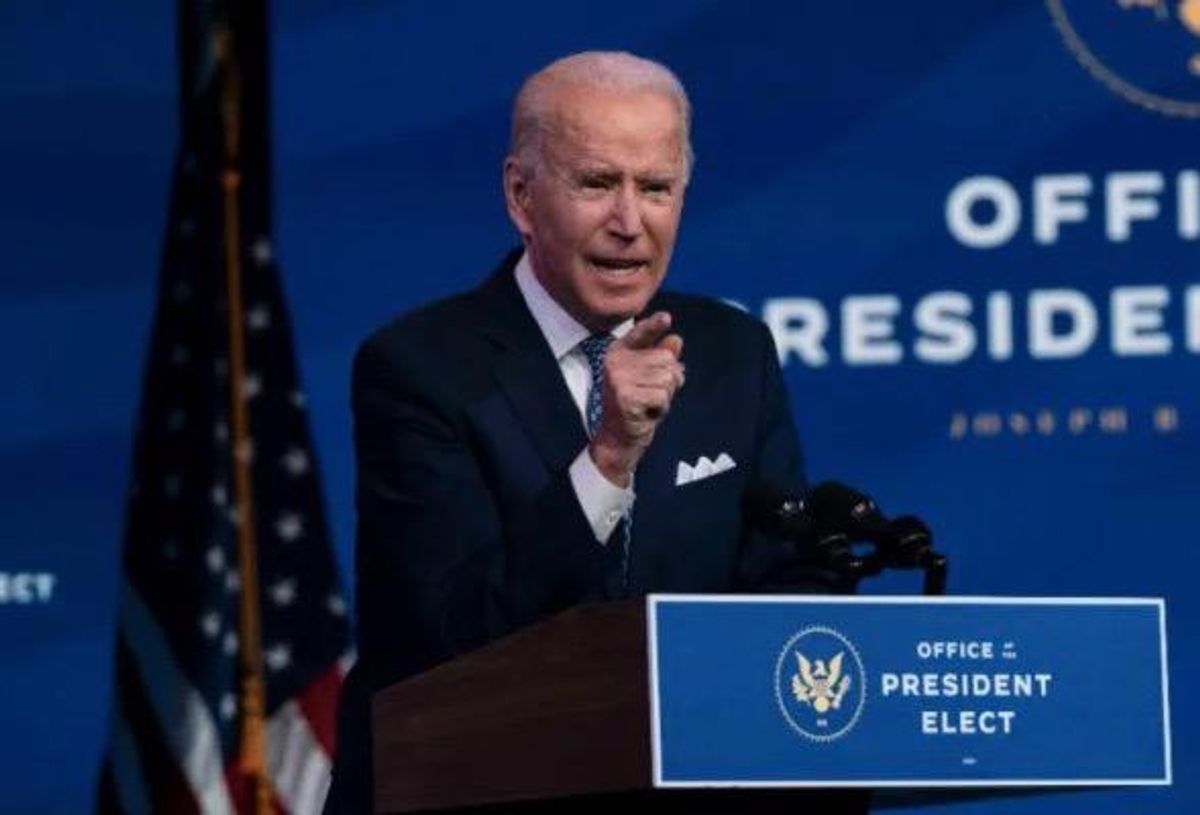 President-elect Joe Biden appeared about as angry as he has been throughout the course of the election season on Thursday.

Biden spoke Wednesday afternoon begging President Donald Trump to tell his supporters to stop their attacks on the U.S. Capitol. It wasn't long after that that Trump released a video asking for peace but reminding his followers what they were fighting for. The video was ultimately removed from all of his social media sites for encouraging violence.

"Yesterday in my view one of the darkest days in the history of our nation an unprecedented assault literally on the citadel of liberty in the United States Capital," said Biden. An assault on the rule of law and the most sacred of American undertaking. We all grieve the loss of life. What we witnessed yesterday was not decent. It was not disorder, it was not protest. It was chaos. They were not protestors. They were a riotous mob. They were insurrectionists. I wish we could say that we could not see it coming. But that is not true. We could see it coming."

Biden lamented that for the last four years Trump has shown his contempt for democracy, the rule of law and for America itself. Calling it an "all-out assault on the institutions of our democracy from the outset," Biden recalled Trump making the press the "enemy of the people." He noted the times Trump heralded autocrats and dictators around the world. He mentioned Trump's gassing of peaceful protesters just so he could hold a Bible upsidedown for a photo-op.

"They thought they could stack the courts with friendly judges that's will support him no matter what," Biden continued. "He needed nine justices on the Supreme Court because he thought the election would end up in the Supreme Court and they would hand him the election. He was stunned. Truly stunned, when the judges he appointed didn't do his bidding and instead acted with integrity, following the Constitution, upholding the rule of law. Not just once, or twice, or three times, but over 60 times -- more than 60 cases in state after state after state."

Even among what Trump called "his judges," Biden said that nothing they did was determined fraudulent by these so-called Trump judges.

"You kept hearing 'my generals,' 'my judges,' 'my attorney general,'" Biden continued quoting Trump. "And then yesterday, a culmination on the attack of institutions of democracy. This time the Congress itself inciting a mob to attack the Capitol. To threaten elected Representatives of the people of this nation and even the vice president, to stop Congress from ratifying the will of the American people. Trying to use a mob to silence the voices of nearly [81 million Americans.]"

He noted that if it was a crew of Black Lives Matter protesters yesterday "they would have been treated very differently than the mob of thugs that stormed the Capitol."

He then introduced Judge Merrick Garland to speak on what he believes is the role of the Justice Department and his goal of reaffirming the principles that the DOJ operates on.