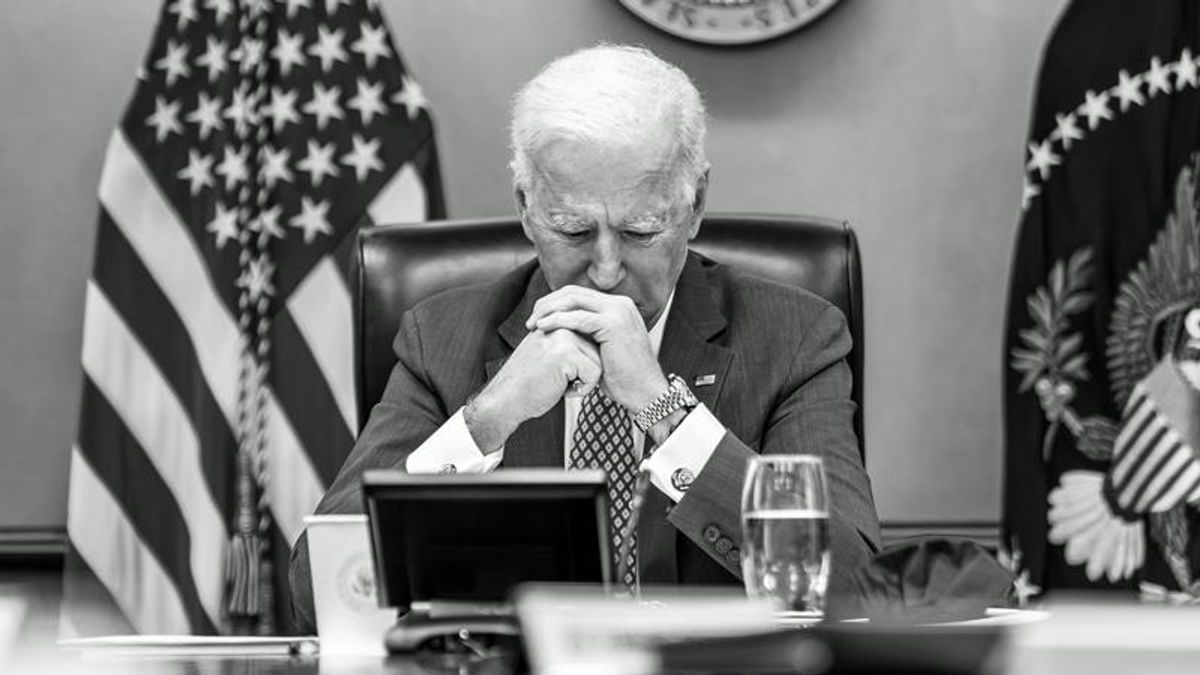 "It's under assault in ways I haven't seen in my entire career. And I was the guy who was able to get the Voting Rights exten- — Act extended 25 years before, when I was Chairman of the Judiciary Committee," Biden explained.

"It's about who gets to vote and whether the vote counts, and who gets to count that vote. We have a system that does both those things with independence and integrity. But what Republicans want to do is say a political party gets to decide if a vote counts. It's outrageous," he said.

"We're going to fight like hell so that doesn't happen. That's one of the most important things we can do," he explained. "There's a lot of work ahead. It's not going to be easy. But I'm going to need you to do it."

Biden said, "you have to be able to vote. It's the single-most important thing we could do."

"We've got to demonstrate that democracies can work and protect. And I think it's going to impact on our influence around the world more than anything," he explained. "And, you know, we got to prove we can make democracy work again. That's what it's about."