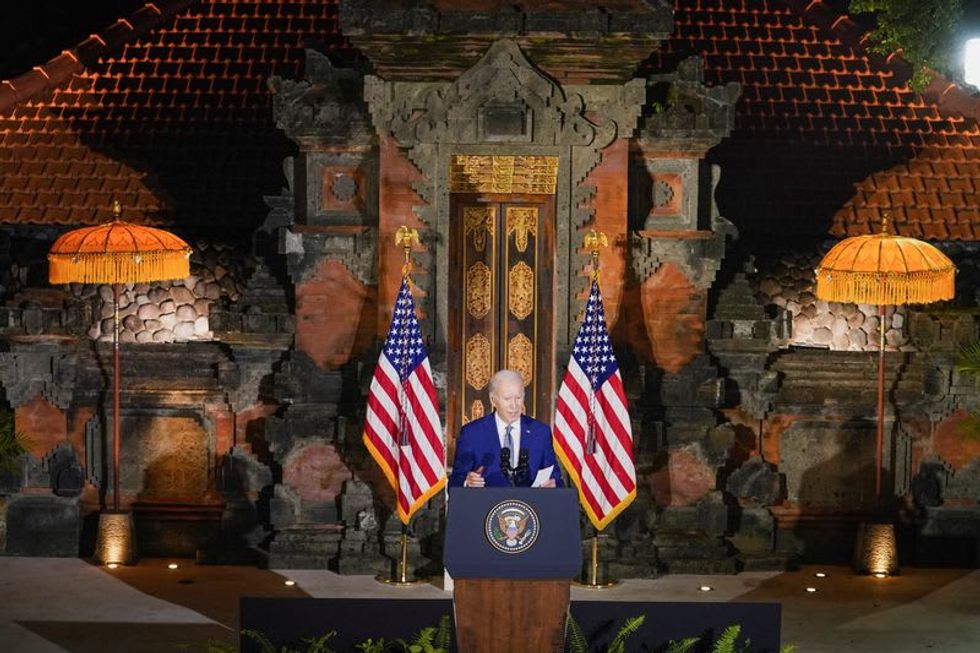 By Nandita Bose and Simon Lewis

NUSA DUA, Indonesia (Reuters) -U.S. President Joe Biden said on Monday he told Chinese President Xi Jinping that Beijing has an obligation to try to talk North Korea out of conducting a seventh nuclear test, although he said it was unclear whether China had the ability to do so.

Biden met with Xi for more than three hours ahead of the G20 summit in Bali, their first face-to-face meeting since Biden took power last year.

At a press conference following the meeting, Biden said he told Xi "that I thought they had an obligation to attempt to make it clear" to North Korea that it should not go ahead with a test.

South Korea has said the North has finished all technical preparations for a new test and Washington has warned for months that a test could take place soon.

Asked to what extent he believed China has the ability to talk Pyongyang out of conducting a test, Biden said he was not certain whether China "can control" its neighbor and longtime ally.

"It's difficult to determine whether or not China has the capacity," Biden said.

"I'm confident China's not looking for North Korea to engage in further escalatory means," he added.

China, along with Russia, backed toughened United Nations sanctions after North Korea's last nuclear test in 2017. But in May both countries vetoed a U.S.-led push for more U.N. penalties over its renewed ballistic missile launches.

Biden also told Xi that the United States would respond to a nuclear test by the North, and would defend its allies in the region, which include South Korea and Japan, he said.