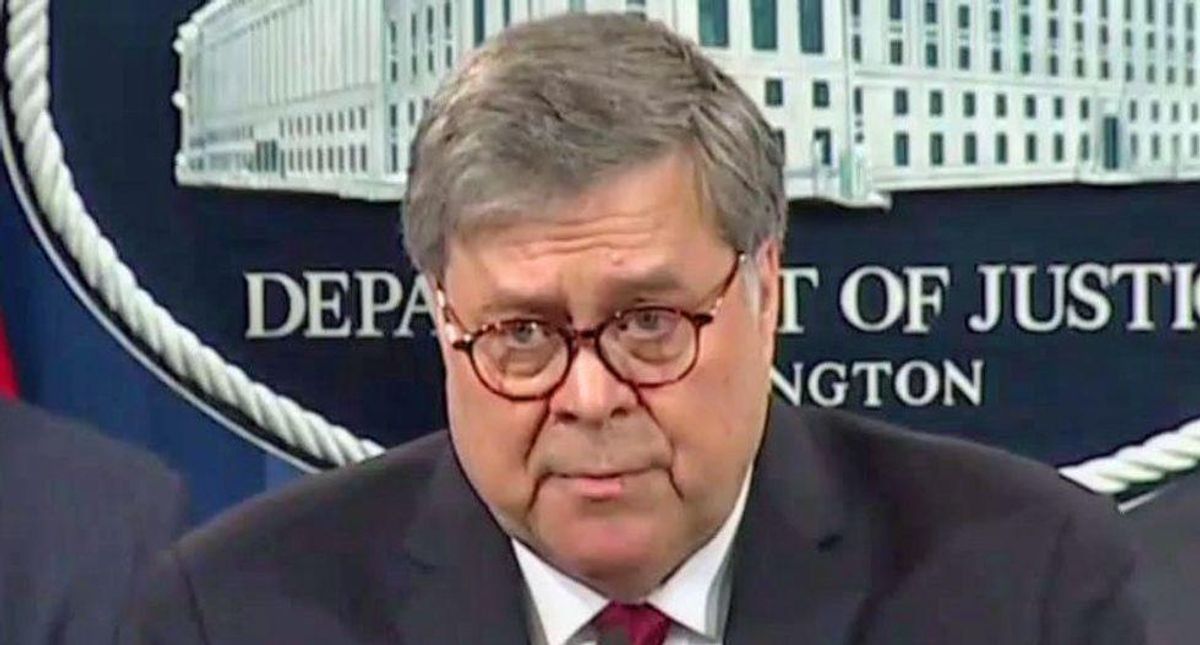 Attorney General Bill Barr during his press conference the day of the Mueller report release. (Image via screengrab.)

CNN's lead attorney revealed this Wednesday that the Trump administration battled with the network for half a year to obtain the email record of a reporter, and demanded that it all be done in secret.

In July of 2020, then-Attorney General William Barr demanded two months' of CNN Pentagon correspondent Barbara Starr's 2017 email logs. According to CNN, the pursuit represented "a highly unusual and unrelenting push for journalists' records," which included "putting CNN general counsel David Vigilante under a gag order prohibiting him from sharing any details about the government's efforts with anyone beyond the network's president, top attorneys at CNN's corporate parent and attorneys at an outside law firm."

While CNN acknowledges that it's not uncommon for a media organization to be subpoenaed for a reporter's records, what stands apart "is the total secrecy that surrounded the order, the months-long court proceeding and the Trump administration's unwillingness to negotiate."