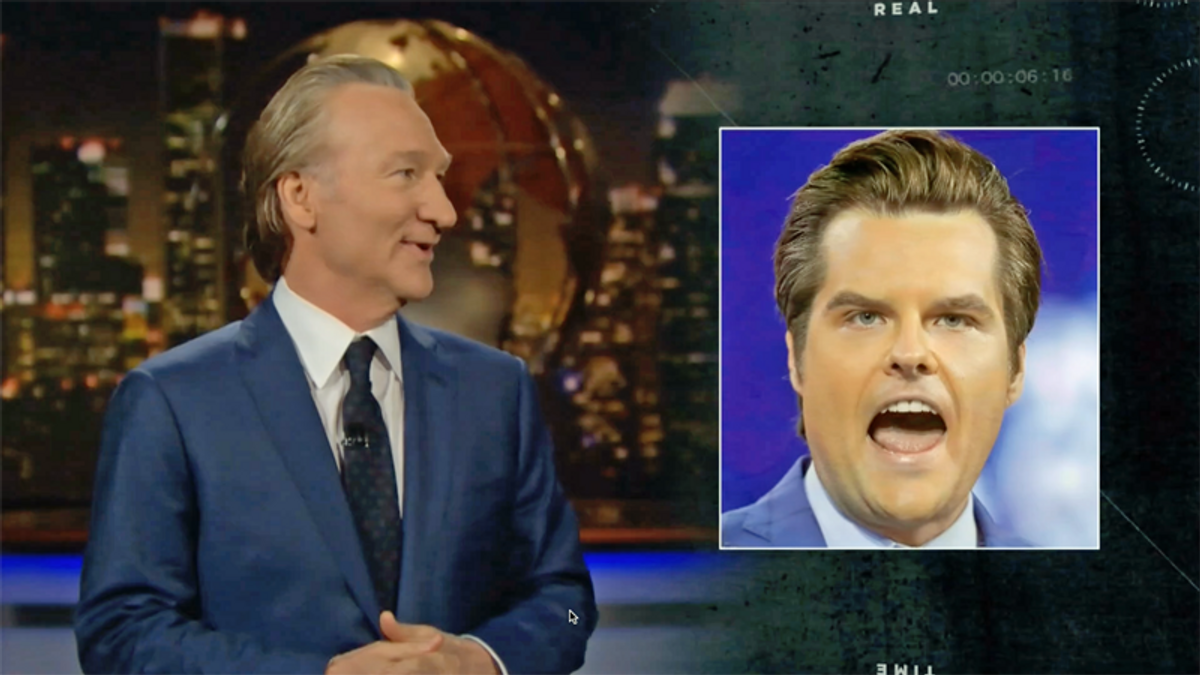 He first attacked Rep. Matt Gaetz (R-FL) for his smirk, saying he "always has that look on his face like 'Eat it nerd.'"

"But he's in big trouble. Have you heard this? He's allegedly accused of sex trafficking, sex with a minor, showing nude pictures to the other guys at work -- basically, all the stuff you assumed would be going on if no one had brought this up," Maher said.

"In his defense, his job title is, 'Florida Representative.' But I tell you, this guy did do some sleazy things," he said.

"First of all, he was allegedly giving ecstasy to these women and, you know, Republican ecstasy, I have to tell you, is a little bit different," he said. "Yes, it is, you stay up all night hugging the flag and screwing poor people."

"Apparently Matt Gaetz, listen to this, he asked, before any of us knew all of this, he asked the Trump White House -- when fatso was still in office -- if he could have a blanket, preemptive pardon," Maher said. "As innocent people do."

Maher noted the alleged pass-through Venmo scheme, "was one of the only times trickle-down economics has actually worked."