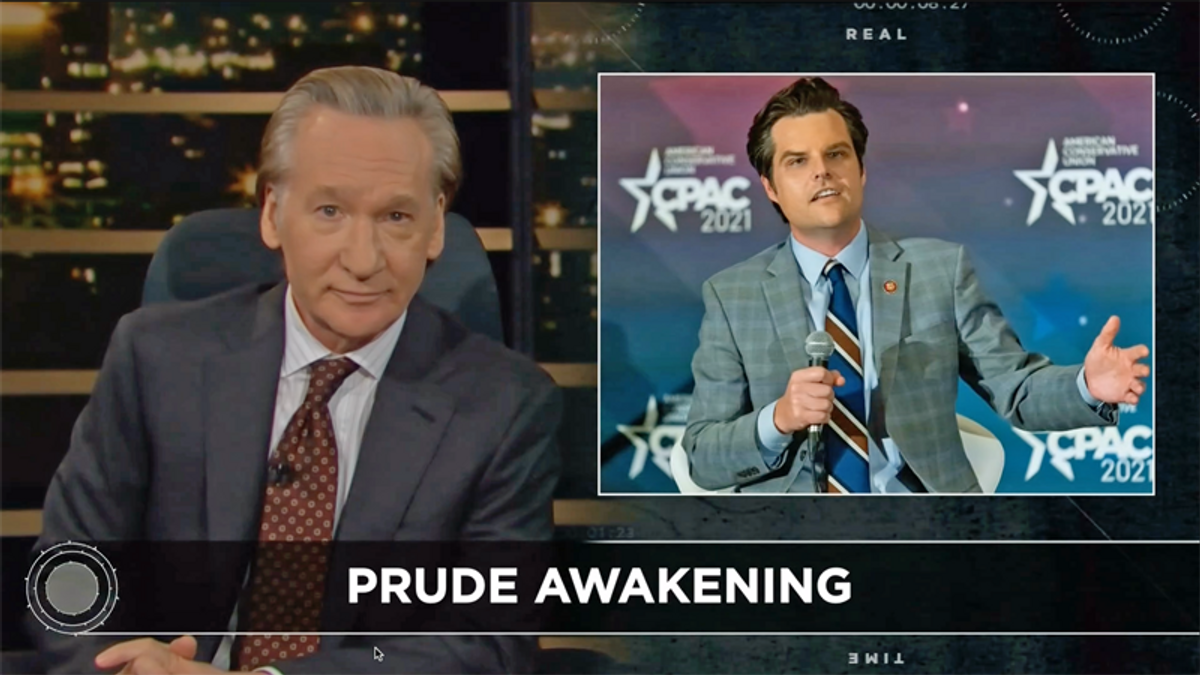 The host read a quote from CNN.

"The partygoers, at times dressed in formal wear from a political event they'd just left, mingled and shared drugs like cocaine and ecstasy. Some had sex," CNN reported.

"Okay, wild hotel suite parties? That's our thing," he said. "Democrats are the party of free love, fun, and forgetting where you parked your car."

"Republicans can not be the conservative, stick-up-your-*ss party and then take our drugs and f*ck our women," he complained. "American government looks best like a mullet: Republicans do business in the front and Democrats party in the back."

"JFK used to have nude pool parties in the White House. Now the politician who comes closest to carrying on that legacy is Matt Gaetz? No," he said.

"You could always count on Republicans to be the fuddy duddies, the wet-blankets, the boors, they were the Moral Majority," he said. "If it was fun, Republicans were against it. The got apoplectic over Clinton getting a bl*wjob, they invented abstinence-only sex education, Mitt Romney has never seen himself naked."