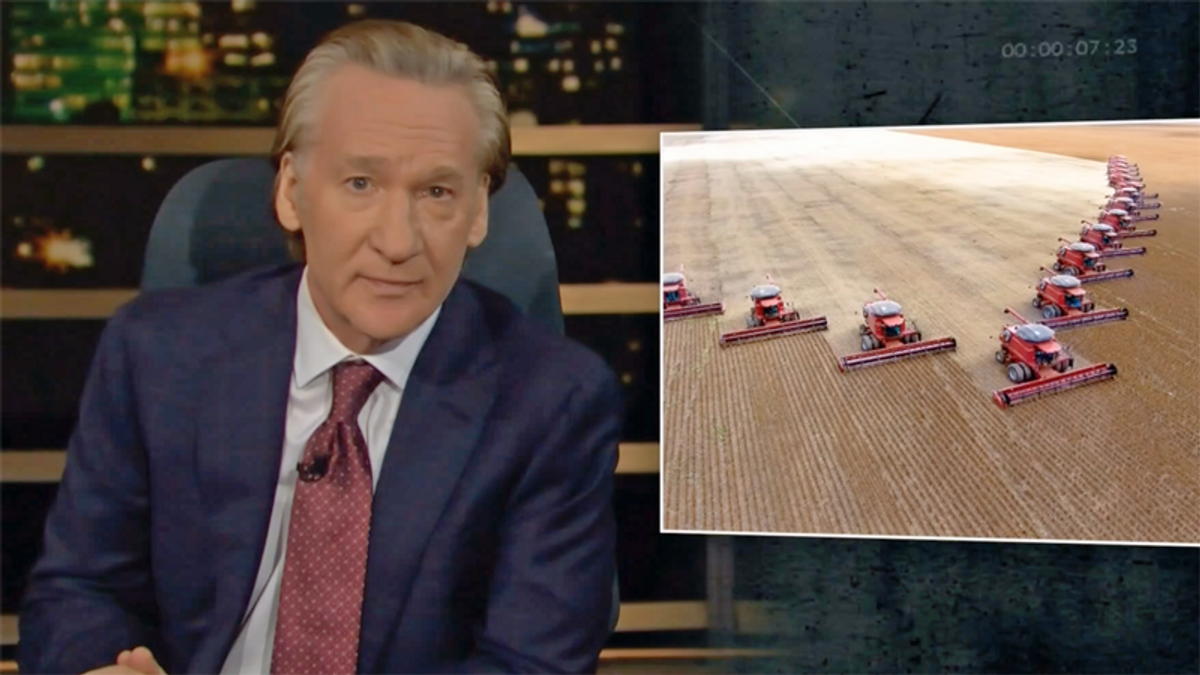 "The Bay Area was just placed under a water shortage emergency with mandatory restrictions. Except, here's the thing, there isn't — even with the drought — really a shortage problem. It's more a, 'where the water is going' problem. California agriculture accounts for 80% of our water use, even though California agriculture is less than 2% of our economy," he explained.

"We actually have enough water, we give away too much of it to farmers who get their water subsidized by the government because we still act like it's 1890 and farmers are small and independent when they're really mostly part of Big Ag," he continued.

He reserved particular scorn for almond growers and those "Bogarting" the state's water.

And Maher even threatened it might be enough to get him to move from the state.

"California, I love ya," he said. "I've been here a long time. I was a booster for you when it wasn't fashionable. I don't want to go, but I'm not going to breathe ash for the rest of my life. You make me very happy California, but I can be happy without you."