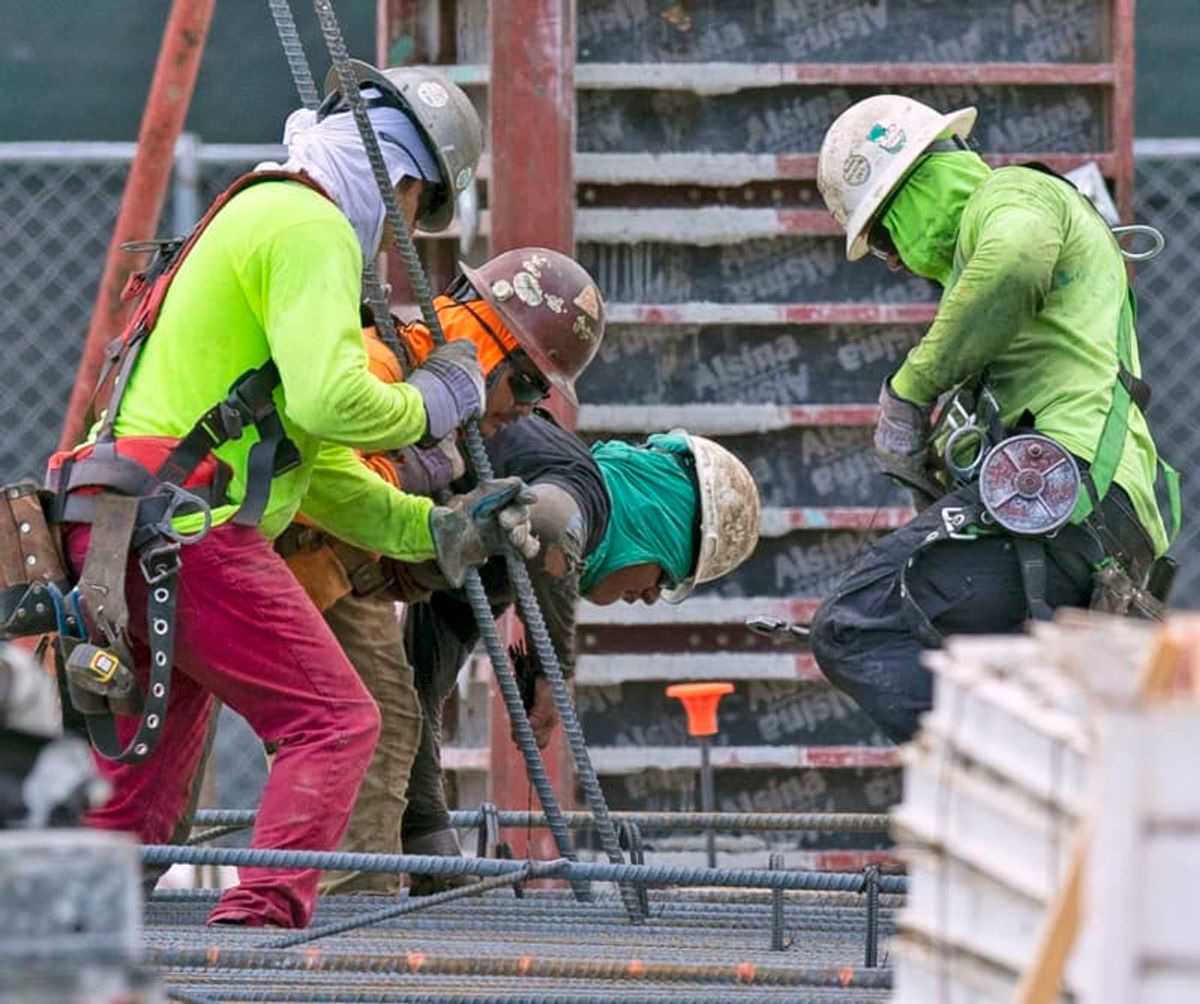 The legislation comes after years in which Congress allowed employers to put less money into the plans than was prudent, provided skimpy oversight, failed to enact laws to minimize bad investment choices, and didn't do much investigation of corrupt pension plan trustees, all issues reported on in the mainstream news, labor and specialty publications.

These guys gave up wages and worked so hard ... because they knew they'd be able to retire with decent pensions.

Under the 2014 Kline-Miller Multiemployer Pension Reform Act, struggling pension funds were allowed to cut retiree payments. Many did by anywhere from 20% to as much as 70% to stay solvent. Money from the new rescue plan, if it passes the Senate, will allow those plans to restore full payments to their members.

"In some plans, benefits already have been devastated," said Karen Friedman, executive director of the nonprofit Pension Rights Center in Washington, D.C. "We've talked to people who had to sell their homes and experienced a lot of trauma in their later years. These are people who earned their benefits fair and square and gave up their hard-earned wages to get their pensions."

Republican critics in Congress have questioned why taxpayers should make up for losses. That's an important question but, as framed, it ignores the role of Congress in failing to make sure the system was properly funded, prudently invested, and competently managed.

Critics of the pension aid plan call it a simple bailout that just pushes pension problems off until 2051 and eliminates any pressure on Congress to bring about more comprehensive reforms for multi-employer plans. Some have suggested the support creates a moral hazard that could encourage plan administrators to ignore necessary changes to keep their plans solvent.

One big difference is that, unlike the huge tax cuts and new favors, like accelerated tax breaks for private jet owners in the debt-financed 2017 Trump/radical Republican tax law, this bill won't make anyone rich.

"When we last looked, the average benefit payment was $11,000 a year, so we're not talking about exorbitant payment amounts," said Jean Pierre Aubry, assistant director of research at the Center Retirement Research at Boston College

Multi-employer plans are agreements between a union and multiple employers who form an association. They were created to deliver lifetime retirement income to blue-collar employees in industries such as trucking and construction, where workers stayed in the trade for their entire careers but worked for a variety of different, often small, employers. The plans peaked in 1989 with more than 10 million members.

A key flaw in the multiemployer system was the assumption that even if some employers failed or withdrew, new employers and workers entering the plans would keep them solvent, along with the fact that the liability for pensions was spread among many companies. That approach assumes that as new workers come on board their labor subsidizes previous workers instead of requiring sufficient payments into the plan to fully cover the benefits earned by each worker as they get paid, along with and a small extra reserve against companies that fold owing payments. Congress could have changed federal bankruptcy law to require that such payments get priority over some other debts, but that was never seriously considered.

The same underfunding problem afflicts many single-employer plans, which represent millions more participants. Some of those plans were so robustly funded and the money invested so well by employers that Congress, using a tax rule, barred them from contributing money earned during good times in the securities market. When the economy went south, as it always does, some of these companies couldn't or didn't pay enough into the plans, which left them even weaker.

For the multi-employer plans, shrinking union rolls, deregulation of several major industries, and the financial crises of 2000 and 2007 all took their toll, especially as industrial jobs began to whither.

Companies withdrawing from a multi-employer plan were supposed to make a payment covering their liabilities, something bankrupt employers were unable to do. Growing pension costs had to be spread among fewer employers, discouraging new companies from joining the plans, a vicious cycle that undermined pension reliability despite the 1974 federal law intended to secure it. The longer life spans of retirees, which few plans anticipated, plus bad times and bad investment decisions, further weakened the financial footing of many pension plans.

Running Out of Cash

Today, more than 10 million workers participate in multi-employer plans, with about 1.3 million in plans that are fast running out of cash. Only those plans that are in critical condition will receive cash infusions, giving managers an expected 30 years to put the plans back on solid financial footings. The Labor Department defines critical plans as those that are expected to run out of money in 20 years or less.

"We hope the dialogue about multi-employer pensions continues and is ongoing because this is only the first step," said Sarah Bryan Fask, a pension law specialist with the Littler Mendelson law firm in Philadelphia.

Unresolved is a second key criticism of the rescue plan. Employers who leave a plan must still pay their entire liability as a condition of withdrawal without taking into account the cash infusion from the Pension Benefit Guaranty Corp.

"Requiring multi-employer funds to account for the subsidy they received in calculating an employer's withdrawal liability immediately would be more fair than what's in the current bill," Fask told DCReport.

Still, no one is arguing that paying workers their full pension payments in an economy wracked by a global pandemic is a bad idea.

Friedman, the Pension Rights Center executive director, said "the reasons these guys gave up wages and worked so hard wasn't because they loved driving tractors through the country in rain and snow and sleet. It's because they knew they'd be able to retire with decent pensions. The rug is being pulled out from under them."

The bill pending before the Senate is the first step in that direction, but far from the last needed to ensure the viability of defined benefit retirement plans in America.