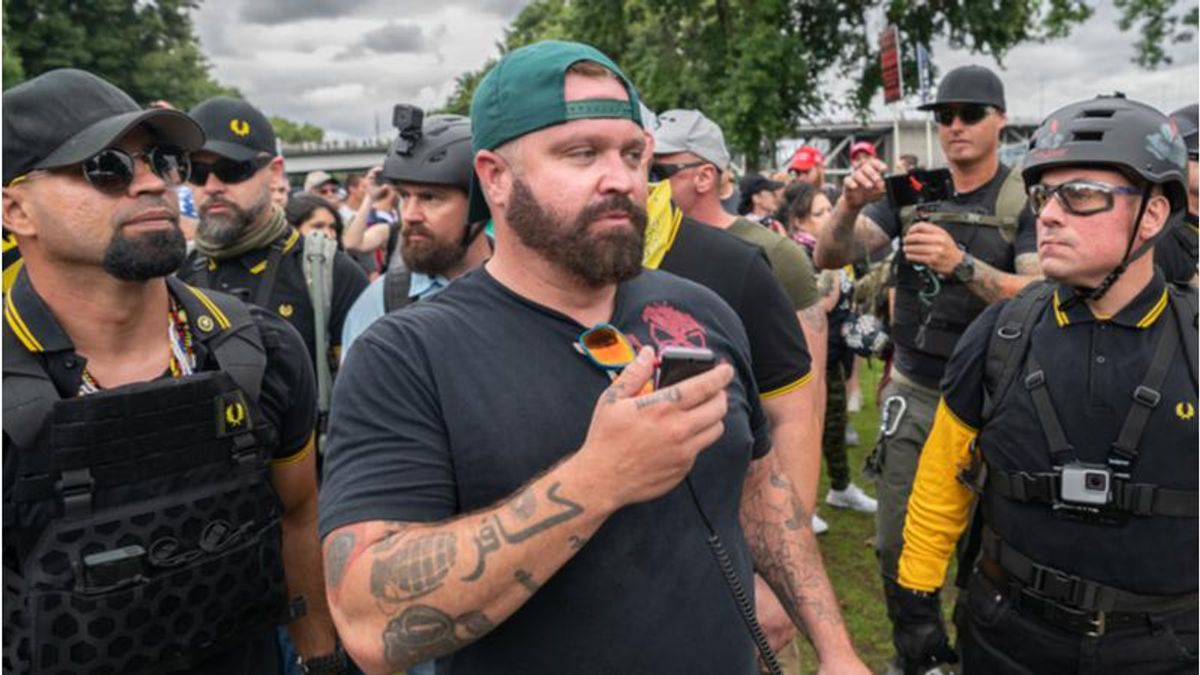 So far, Proud Boys leader Henry "Enrique" Tarrio has refused to answer the lawsuit, leaving the downtown-D.C. church days away from a likely default victory which could give the church the power to "blow the lid off" the group, VICE News reports.

But Tarrio doesn't seem to be worried.

"The Proud Boys is not a legal entity, so I don't know what money they'd go after," he told VICE News. "If they try to go after mine, I'd be happy to drag my balls across their face in court."

Legal experts say Tarrio might be in for a surprise if the church gets permission from the court to start searching for assets.

"A review of business records by VICE News suggests top Proud Boys leaders have links to a network of LLCs in Florida and elsewhere, crowdfunding operations, and at least one online store selling Proud Boys–branded merch," VICE News reports. "These companies have hawked protein powder, gun-themed T-shirts, and even hoodies on behalf of former President Trump's longtime confidant Roger Stone. Others, like the suggestively-named Daiquiri Brothers LLC based in Hawaii, only hint at a purpose."

While staking a claim on the Proud Boys' assets could be complicated, the process could reveal how the group funds its operation and could force the group to hand over assets, or even personal property of its members to the church.

"Once they get a judgement, they can enforce it with subpoenas and court-ordered depositions," said Gene Rossi, a former federal prosecutor for the Eastern District of Virginia. "If that happens, the leader of the Proud Boys could run, but he can't hide."