'It's a bigger disaster': Historian predicts Texas blackout will be Greg Abbott's Katrina 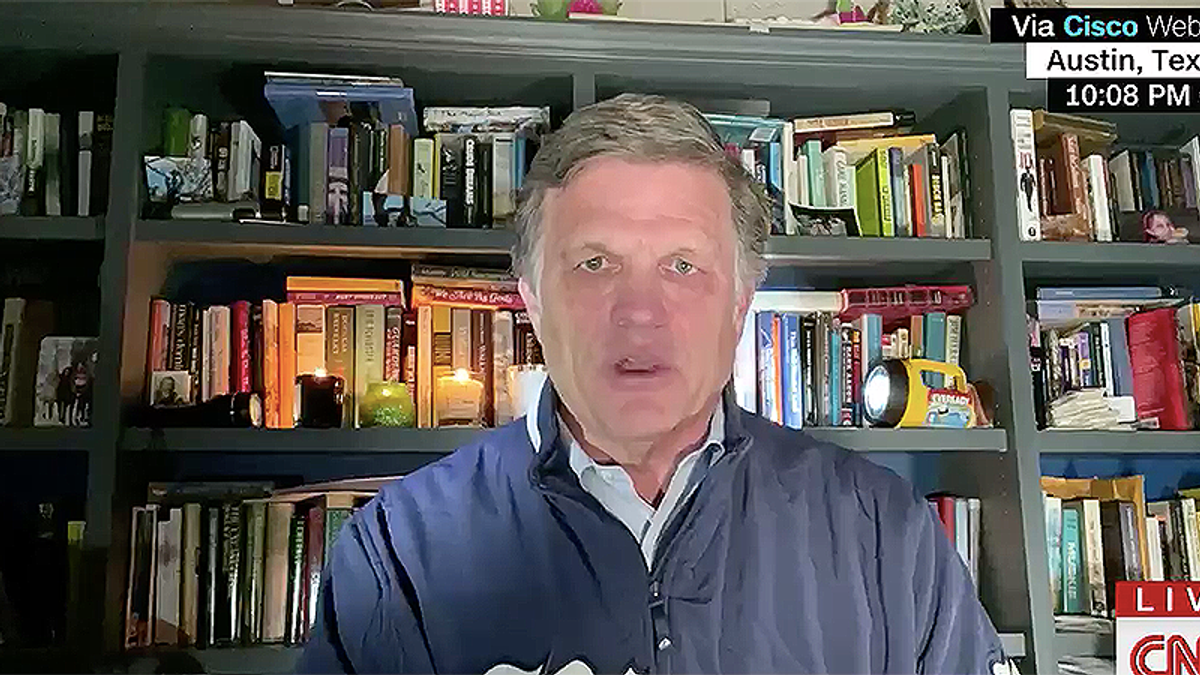 Speaking from his Austin, Texas home surrounded by flashlights and candles, Brinkley unleashed on Texas Gov. Greg Abbott and the mismanagement of the crisis.

"I wanted to help you guys and just tell you that it is a bigger disaster, this blackout than you are even reporting on the news," said Brinkley. "It is so widespread. It is creating a sense of depression and fear everywhere. Very few people have the privilege wealthy people do with generators. Just like the levies that faced Katrina, since 1935, ERCOT bucked Franklin D. Roosevelt and they want to control their own energy input and they have let it go down and down and down. It's a state and government filled with climate deniers and I see this as a climate event going on."

He went on to say that he does have a fireplace and that his family is making it, but that the rest of his neighbors, colleagues, students and friends are all beginning to lose hope.

"It kind of started slow and now it's just millions of people with frozen water pipes, having to turn off the water," Brinkley continued.

He then turned to discuss Gov. Abbott specifically, calling out his Fox News appearance in which he blamed New York Rep. Alexandria Ocasio-Cortez for the blackout in Texas.

"And they worry about exporting natural gas and they have shoddy facilities here and it is all frozen up!" Brinkley exclaimed. "And Abbott had the audacity to go on television and try to do that big 180-political thing. He went armored, he went military-like. He went after people instead of healing our state. He should be out there talking about his mistakes."

"I saw what happened in Katrina. Abbott is to blame ...and he's going on the airways trying to pretend like. He's a climate denier and he is refusing to recognize that."

If you want to do something to help those in Texas who need it, you can go to one of the places below:

Solid Ground Ministry (a female-founded & run non-profit) has a $50,000 goal to raise funds for people experiencing homelessness during this winter storm.

Here are restaurants in Austin that are giving free food if you want to contribute to them directly.

The Coalition for the Homeless in Houston

The Genesis Women's Shelter in Dallas

See the full conversation with Brinkley below:

White nationalist Stephen Miller, the architect of President Donald Trump's child separation policy, is being roasted by critics after he attacked President Joe Biden's immigration policies as cruel and inhuman.

A police officer in Sterling Heights, Michigan has been placed on unpaid leave after he posted a meme on Facebook that mocked the death of George Floyd at the hands of police in Minneapolis.

Local news station WXYZ reports that the Sterling Heights officer posted a photo of former Minneapolis Police Officer Derek Chauvin kneeling on Floyd's neck along with the caption, "When you gotta change a tire but don't wanna get your trousers dirty."

On Thursday, CNN reported that the office of the Manhattan District Attorney has obtained "millions" of records from former President Donald Trump pertaining to his taxes and finances.

Prosecutors reportedly first received the documents on Monday, shortly after the Supreme Court handed down a ruling allowing the returns to be released. The records are still not public, but are in the hands of investigators working for DA Cyrus Vance.