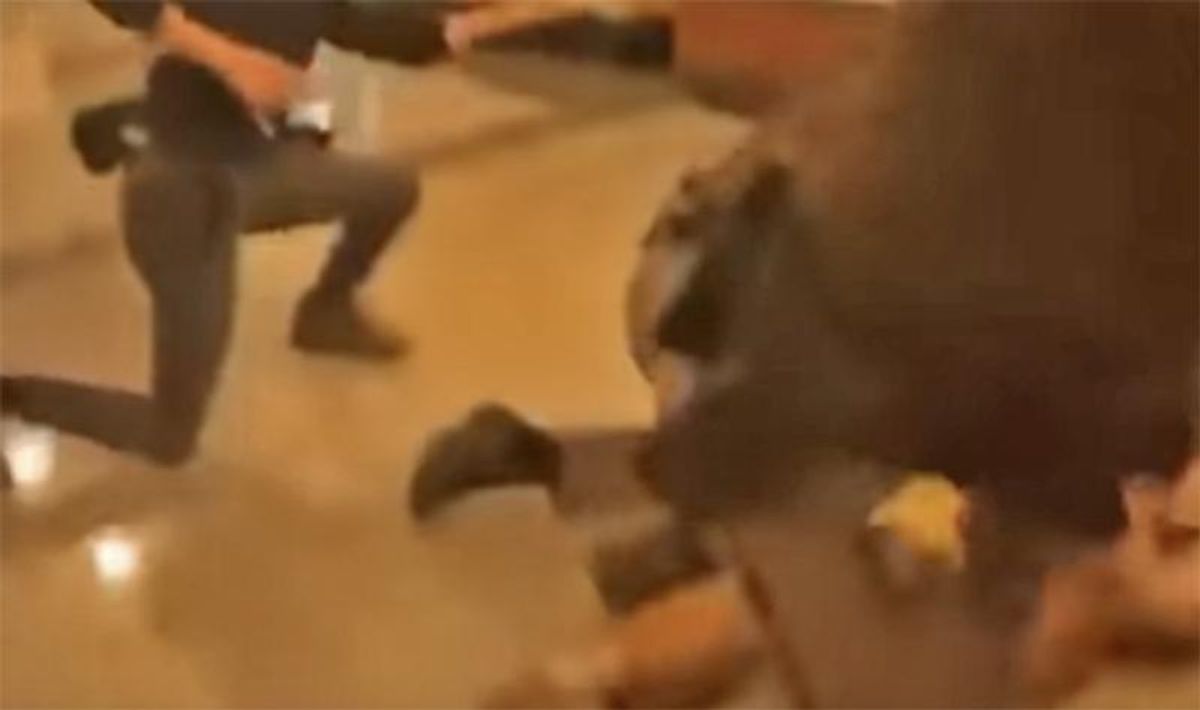 Mulvihill has been charged with assaulting a police officer, although a fellow protester told the Register she didn't see her assaulting the officer "whatsoever."

"According to a criminal complaint the Register said it reviewed, Iowa State Patrol Trooper Dylan Hernandez stated that Josie Mulvihill asked him and Trooper Dalton Grell for their names and badge numbers," said the report. "The paper added that Hernandez also stated in the complaint that while he and Grell were about to leave for another assignment, Mulvihill 'pushed my arm in an attempt to gain my attention.'"

According to the report, after Mulvihill was arrested and pushed to the ground, protesters pushed back, resulting in a chaotic scene. One of them can be heard on video shouting "She's a f**king kid, bro!"