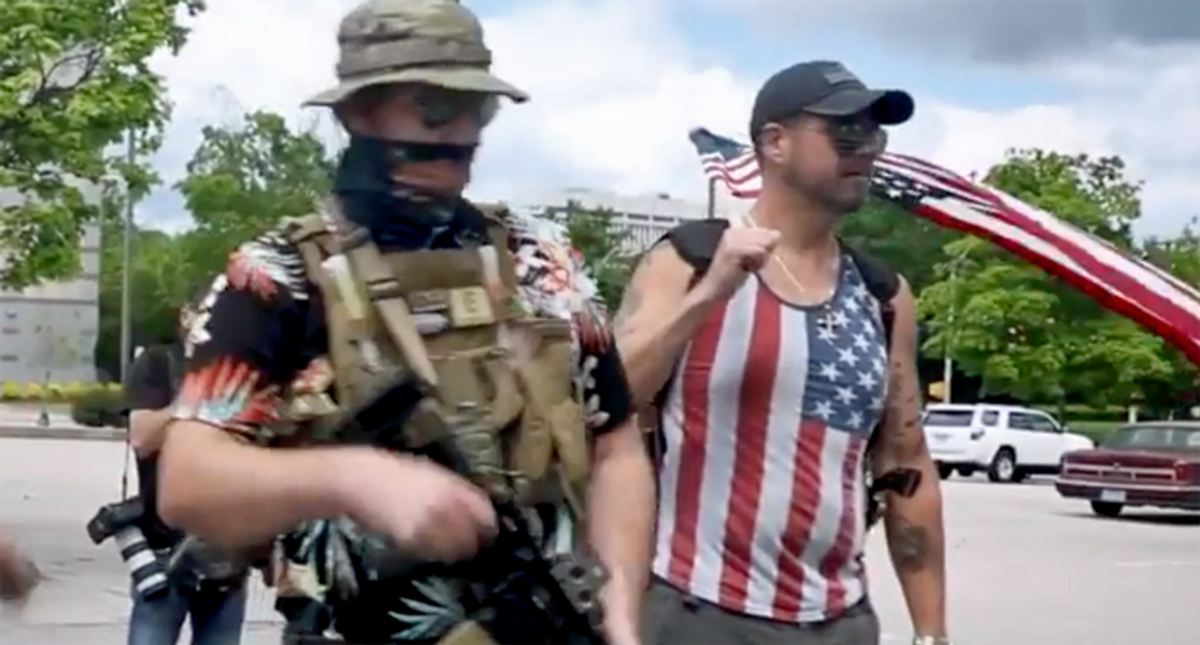 An intelligence bulletin issued by the Secret Service has warned that members of the far-right "boogaloo" movement pose a threat to President-elect Joe Biden, The Daily Beast reported Wednesday.

The intelligence bulletin warned of additional armed protests in Washington, D.C., before and after Biden's inauguration.

"The Secret Service bulletin, dated Jan. 11, is unclassified but marked not for distribution outside law-enforcement channels, and was obtained by The Daily Beast. The Daily Beast is declining to give specifics for these rallies to prevent insurrectionists from organizing through the media," The Beast reported. "Although the primary responsibility of the Secret Service is to protect the president, the intelligence bulletin warns of demonstrations slated for state capitols as well."