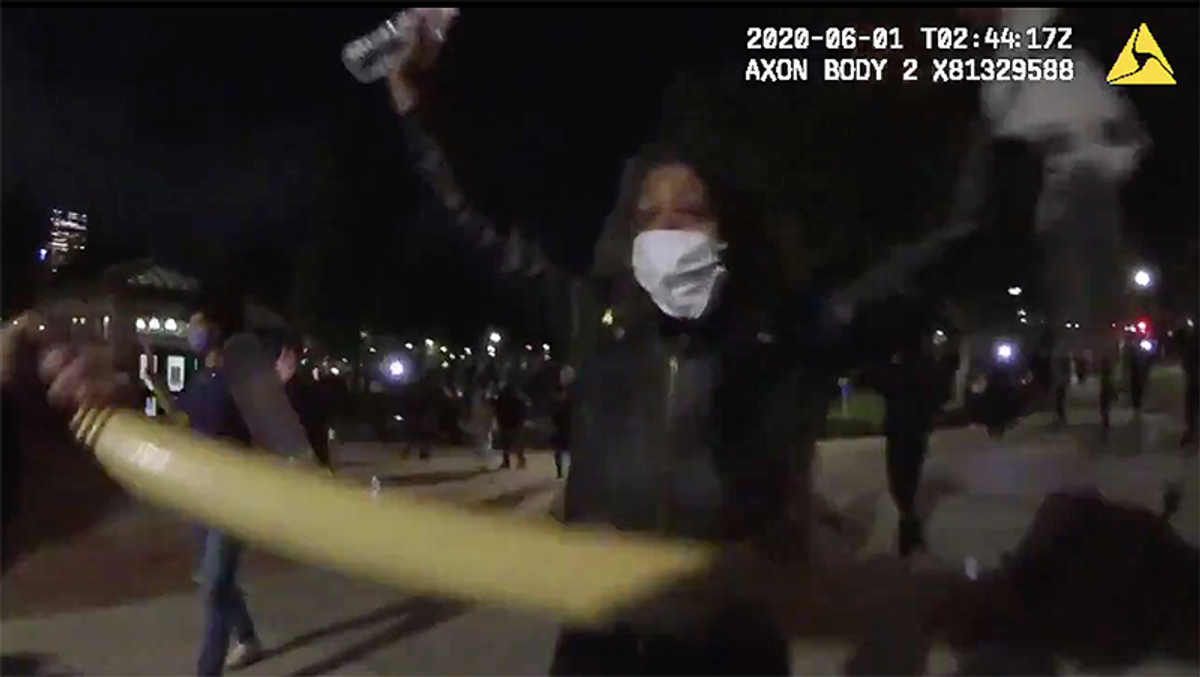 "After she was trampled, two officers grabbed her under the arms and moved her to the side as the riot police line of attack marched forward," described Higgins.

"I couldn't move, it was just terrifying," Huff said. "It was horrible."

According to Higgins, Huff complained to the police and when she was asked to talk to the police but ultimately she felt like they were trying to incriminate her for being shoved.

"I remember how pointless I felt the conversation was," said Huff. "And then it led to nothing."

Attorney Carl Williams worked to get the 66 hours of police bodycam videos showing the officers trampling people without a care in the world.

It was only after those videos revealed the police violence did former Police Commissioner William Gross say that he wanted to investigate them.

See the shocking video below and read the full story about the incident: