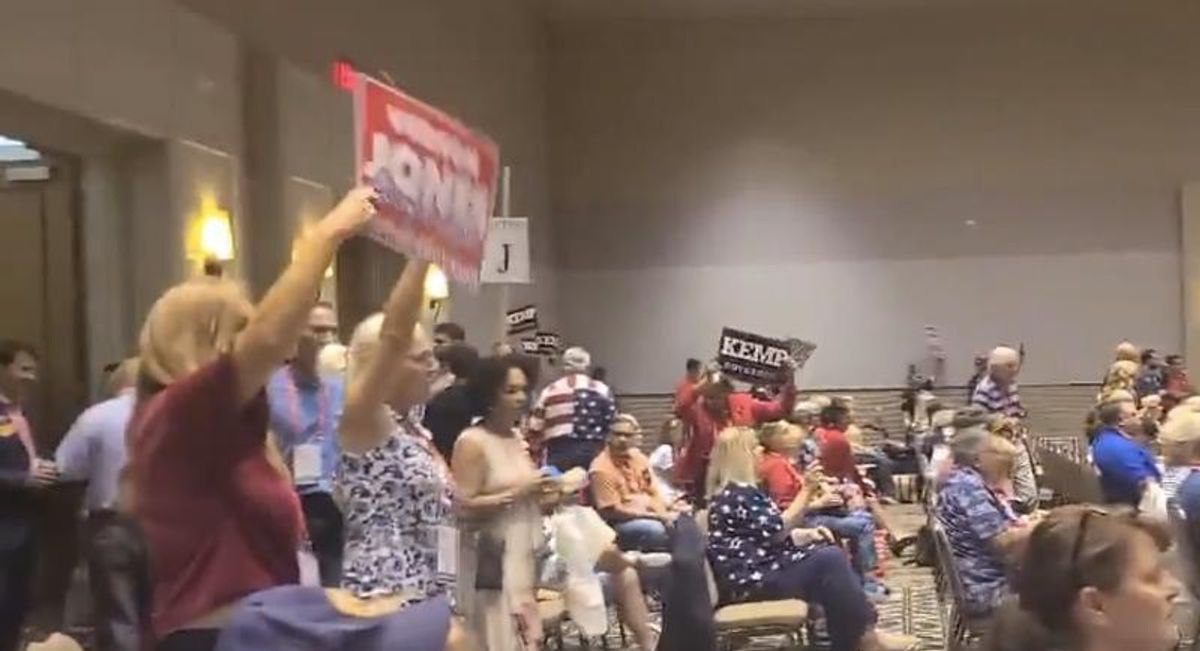 On Saturday, as Georgia Republicans held their state convention, GOP Gov. Brian Kemp took the stage — and was immediately greeted with a tide of furious boos from GOP activists.

Kemp ultimately managed to calm the crowd down and even get a round of applause after touting the end of COVID-19 health restrictions, but not before enduring around 30 seconds of booing so intense he couldn't even get a word in.

A brutal reception for @GovKemp at the state GOP convention, where activists are still infuriated he refused to ill… https://t.co/cdLm6XAID2
— Greg Bluestein (@Greg Bluestein) 1622911297.0

Some GOP activists have not fully forgiven Kemp for his refusal to overturn the results of the 2020 presidential election, which saw Joe Biden carry Georgia for Democrats for the first time since the 1990s. Supporters of former President Donald Trump wanted Kemp to replace the Democratic slate of electors with a Republican one, which the governor said was a violation of state law.

Vernon Jones, a former Democratic state lawmaker turned Republican over his support for Trump and is now running in the primary against Kemp, shared the image of the governor being booed with the vow that "change is coming."